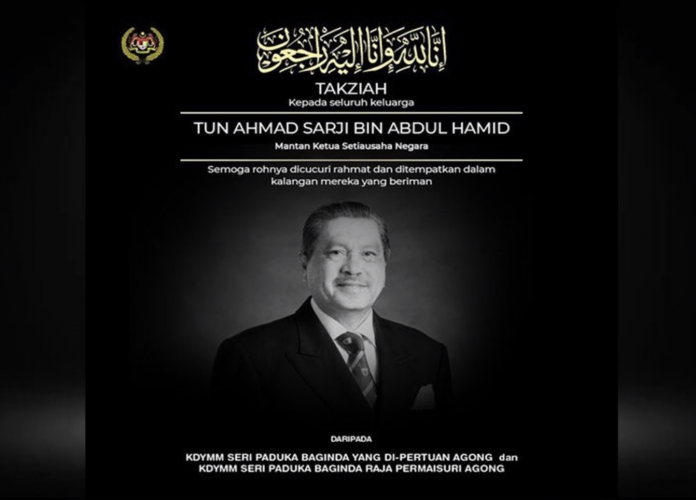 Their Majesties said they were saddened by his passing and hoped that his family would be patient and resolute in facing this situation.

”Their Majesties appreciate and praise highly his service, deeds and sacrifices to the country,” according to a statement posted on Istana Negara’s Facebook.

Al-Sultan Abdullah and Tunku Azizah regarded Ahmad Sarji’s passing as a huge loss to the country.

Ahmad Sarji, born on Sept 16, 1938, in Tapah, Perak and highly regarded and respected as a public administration figure, served as KSN from 1990 to 1996 when the country was under the administration of the fourth Prime Minister, Tun Dr Mahathir Mohamad.

He was also the founder of the Institute of Islamic Understanding Malaysia (IKIM).

Vaccine arriving this Sunday, PM to get vaccination on Feb 26