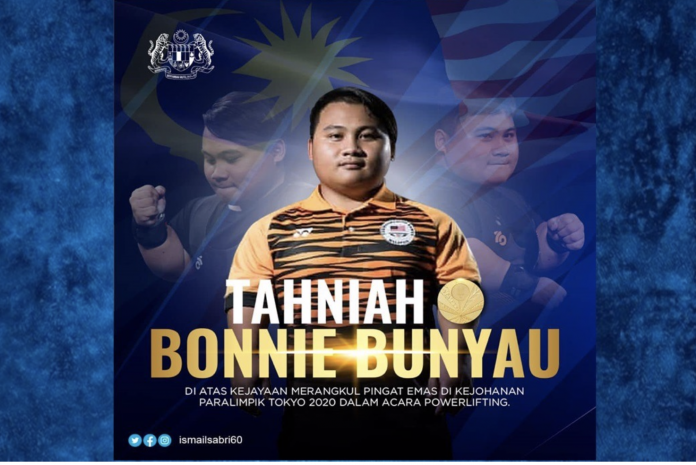 He said in a post on his Facebook page that Bonnie’s success was a source of national pride when the national anthem of NegaraKu was played and the Jalur Gemilang was raised in Tokyo.

“Malaysia’s first gold! Thank you Bonnie Bunyau Gustin for presenting the Malaysian Family with the gold medal in men’s powerlifting.

“You made us proud when NegaraKu was played and the Jalur Gemilang was raised in Tokyo,” he said.

He also thanked the coaches and the Malaysian contingent.

Bonnie produced an amazing lift to present the first gold medal for the country on Day Four of the Tokyo Paralympics.

What was more impressive was that the Sarawakian, who was born in Serian, also broke the Paralympics record of 227 kg set by Rasool Mohsin from Iraq in Rio 2016 when he lifted 228kg in his third attempt on the first day of the event.