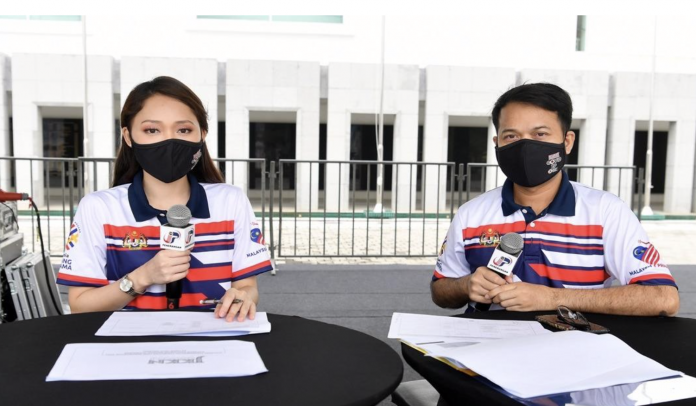 PUTRAJAYA, Aug 29  — After 15 times of passing up the opportunity to emcee the National Day celebrations due to other commitments, TV3 personality Ahmad Fedtri Yahya has finally accepted the task this year.

He will take the stage at Dataran Pahlawan Negara here, along with Radio Televisyen Malaysia (RTM) newscaster Syuhaida Ariffin, who will be hosting an important event in the national calendar for the first time.

Despite having hosted various events attended by the country’s top leaders, Ahmad Fedtri, 40, described the responsibility entrusted to him to emcee the National Day 2021 celebration as a great honour and the highlight of his career.

He also said that he did not want to miss the opportunity to gain a new experience of hosting an event under the new norms.

With 18  years of experience in the broadcasting world, the Perak native said he was proud to be given the opportunity to host the grand patriotic event.

“During the several rehearsal sessions, I could feel that every performance such as the raising of the Jalur Gemilang, the hail of ‘Merdeka’, the performance of uniformed agencies and showcase of assets by the Malaysian Armed Forces could raise the patriotic spirit among the people,” said Ahmad Fedtri.

The father of three said he would give his best to add a patriotic touch to the event as an appreciation to the National Department for Culture and Arts (JKKN) and the National Day and Malaysia Day 2021 Celebration Working Committee.

Meanwhile, Syuhaida described the opportunity to emcee the National Day 2021 celebration as an exciting moment in her life and a benchmark to her role as a media practitioner.

The former participant of the reality show Ikon Siarawan 2014 said prior to this she only delivered the news about National Day celebrations and it never crossed her mind to actually host the glorious event.

“I was excited when I received the offer letter to host the National Day 2021 from JKKN and I was even more excited when I found out that I will be co-hosting the event with Ahmad Fedtri whom I have idolised forever,” she said.

Sharing her experience during the rehearsal, Syuhaida, 28, admitted that hosting the National Day celebration was a huge challenge that requires her full commitment and dedication.

“My routine starts at 4.30 am and I have to be here by  5.30 am to go through the script before heading off to rehearsal and later, the post-mortem,” she said, adding that the task gave her the opportunity to emulate Ahmad Fedtri’s hosting style.

“I am comfortable working with him. He is forever imparting his hosting knowledge, helping me from the technical aspect and the intonation when using patriotic language to ensure that the aura of the National Day is successfully relayed to the rakyat,” she said.