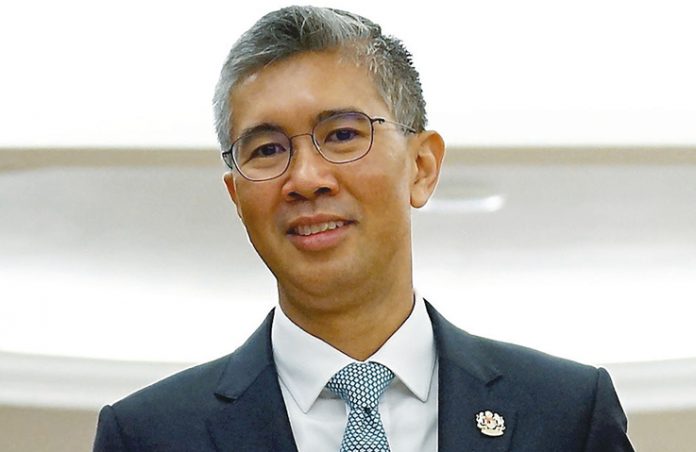 KLANG, Aug 29  — The Ministry of Finance (MoF) will for the first time announce a pre-Budget 2022 statement soon in preparation for the tabling of Budget 2022 which is expected to be at the end of October.

Reappointed Finance Minister Tengku Datuk Seri Zafrul Abdul Aziz, who will be sworn in tomorrow, said at the same time, the MoF will officially invite all stakeholders to give their input.

“This is a very important budget not only in terms of assistance but in terms of guidance for the Malaysian economy to recover.

“We (MoF) will formulate several criteria, (and) one of them is welfare.

“The invitation will be issued as soon as possible, insyaAllah this week, when I commence work tomorrow,” he told reporters after donating food baskets worth RM10,000 to 100 Orang Asli families in Mah Meri, Carey Island here today.

Tengku Zafrul said the MoF would continue to meet with all stakeholders, including government Members of Parliament and the opposition, in line with the “Malaysian Family” concept announced by Prime Minister Datuk Seri Ismail Sabri Yaakob.

“I will hold meetings with all stakeholders and also from various parties, including the opposition members to outline assistance for the people and to get views from different angles as it will present a more inclusive Budget 2022 for all Malaysians,” he said.

The Finance Minister said that apart from Budget 2022, the MoF would also table the 12th Malaysia Plan in Parliament.

On the targets set within 100 days following the announcement of a new Cabinet line-up by the Prime Minister on Friday, Tengku Zafrul said his focus, for now, is to safeguard the country’s prosperity, business continuity and economic resilience.

“As outlined by the Prime Minister, each ministry needs to make short and long-term plans to achieve the set targets and prove its initial achievements in the first 100 days.

“We, at MoF, welcome this initiative. The setting of the key performance index (KPI) is good because it allows all ministries, especially the MoF and the people, to measure the government’s delivery or achievements so that we can identify strengths and weaknesses that need improvement,” said the Finance Minister.

He also said the MoF had announced weekly achievements in the Implementation and Coordination Unit Between National Agencies (LAKSANA) report because it wanted the government to be more transparent.

Whether the policies of the previous government will be continued, the Finance Minister is of the opinion that good policies will be continued but at the same time, take into account current world developments as well as the dynamic Malaysian economy.