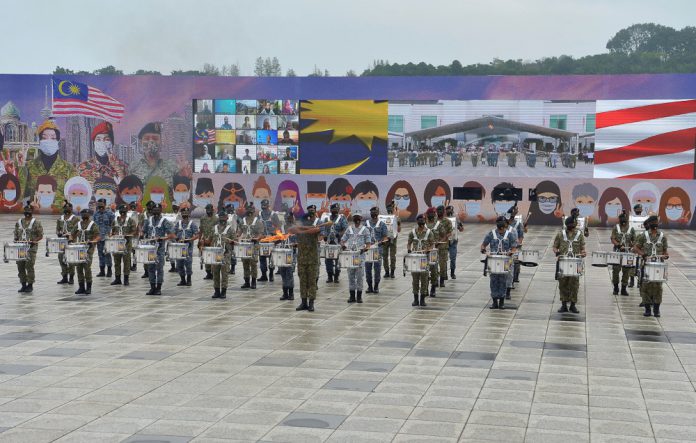 Putrajaya district police chief, ACP A. Asmadi Abdul Aziz said it is understandable that many are excited and eager to celebrate National Day, but it should be celebrated with the new normal practices in place following the COVID-19 pandemic.

“Members of the public, especially the people of Putrajaya are advised to celebrate virtually and watch the show live on television,” he told Bernama on the preparation and deployment of police personnel in conjunction with the National Day 2021 celebration tomorrow at Dataran Pahlawan Negara here.

A.Asmadi said a total of 235 police personnel have been tasked to ensure the smooth running of tomorrow’s event and compliance with the the standard operation procedures (SOPs) set.

He hoped that the public especially Putrajaya residents will adhere to the SOPs and avoid large gathering and always observe physical distancing.

“We will ensure that members of the public follow the rules and adhere to the SOPs and refrain themselves from bringing their children out to public places,” he said.

Themed ‘Malaysia Prihatin’, this year’s National Day small-scale celebration will be held in a controlled environment without the presence of members of the public physically, in accordance with the advice of the National Security Council (MKN) and the Ministry of Health (MOH).

The live broadcast of the National Day 2021 celebration will begin at 8 am on all local television channels and via Facebook Live of the Communications and Multimedia Ministry, Merdeka 360 and the Information Department.

Ziyad’s Case: Let it be an expensive lesson for us –...