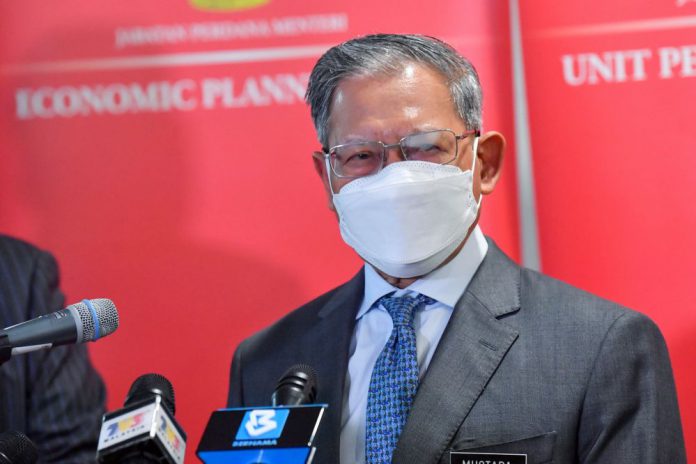 He said this after clocking in to start his duties at the EPU here, today.

Mustapa said the tabling of the 12MP and the 2022 Development Budget would be the EPU’s main focus for the next 100 days.

He highlighted that under the 12MP, the key issues to be addressed in the next five years included bridging the development gap between the states and areas in the country.

“We have identified six states which are a little behind (in terms of development), including Sabah and Sarawak.

“Additionally, we will also focus on addressing the income gap between the B40, M40 and T20 groups, especially those affected by the COVID-19 pandemic,” he said.

He said the 12MP will also ensure that basic needs such as water, electricity and internet infrastructure can be fully enjoyed by the people.

Meanwhile, Mustapa said the EPU will be finalising the 2022 Development Budget together with the Finance Ministry as soon as possible.

3.64 mil hectares of oil palm plantations have obtained MSPO as...