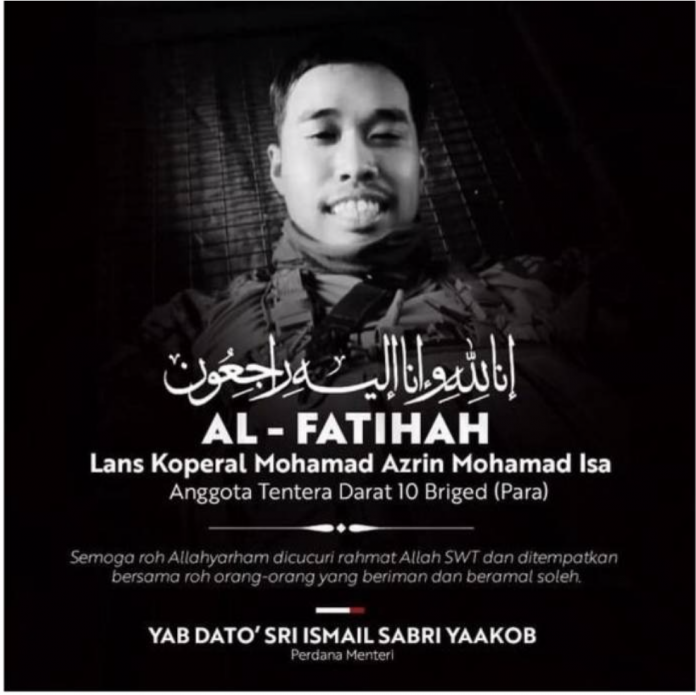 KUALA LUMPUR, Sept 1 — Prime Minister Datuk Seri Ismail Sabri Yaakob extended his condolences to the family of the late Lance Corporal Mohamad Azrin Mohamad Isa whose body was found today after being reported missing while undergoing a military exercise, in Bera, on Sunday.

He said Mohamad Azrin, who was a member of the Pathfinder Company (Para) team, was a hero who had participated in the PARA Predator exercise in Sungai Pahang on Aug 29.

“A sad news we received today…My condolences to the family of the late (Mohamad Azrin). May his soul be placed among the believers and the pious. Al-Fatihah,” he said in a post on Facebook.

Mohamad Azrin is believed to have drowned while undergoing a tactical training phase crossing Sungai Pahang from Kampung Batu Bor to Kampung Bohor Baru at 4.40 pm on Sunday.

The body of the deceased was found by the villagers in Kampung Serengkam, Maran, about 70 kilometres from the scene, at 8.15 am today.