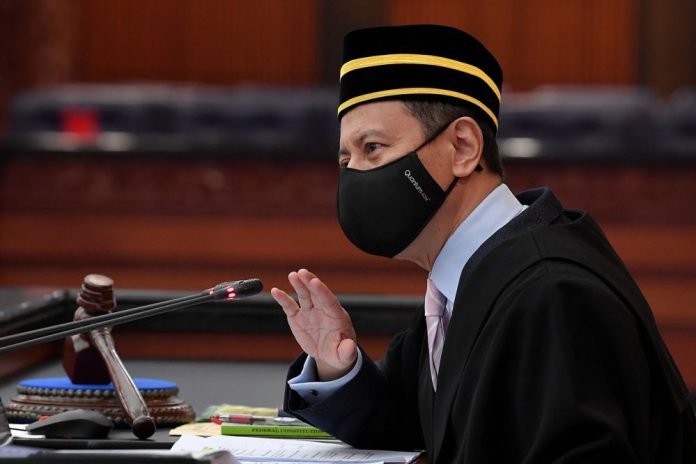 KUALA LUMPUR, Sept 2 — Datuk Azhar Azizan Harun has denied allegations that he had rejected motions for him to resign as Dewan Rakyat Speaker from being debated in the Lower House.

In a statement today, he said that his office had received motions to the effect from several proponents, but had written back to them that he would not make any decision on them as there was a conflict of interest.

He said the decision on the motions calling for him to vacate the post and another individual be elected to replace him would be handled by Deputy Speaker Datuk Mohd Rashid Hasnon.

“I have never participated in any way or interfered in any decision on the motions. In fact, I do not know about any decision that may have been made by the Deputy Speaker on these motions,” he said.

Azhar said this in referring to a local newspaper report on Wednesday (Sept 1) that the motions to change the speaker were rejected.

He said the report which claimed that he ‘set aside the motions from being debated’ and carried innuendos that it was rejected by him, was untrue, defamatory in nature and made with the intention of toppling him.

“I will seek legal advice on this matter in soon,” he said.

Meanwhile, Mohd Rashid when contacted by Bernama said the motions, if approved, would be displayed in the Order Paper on the day of the Dewan Rakyat sitting.

He said that he would consider whether the motions sought conformed to the Dewan Rakyat Standing Orders.

“Each proposer will also get feedback in advance on the status of their motion,” he said.