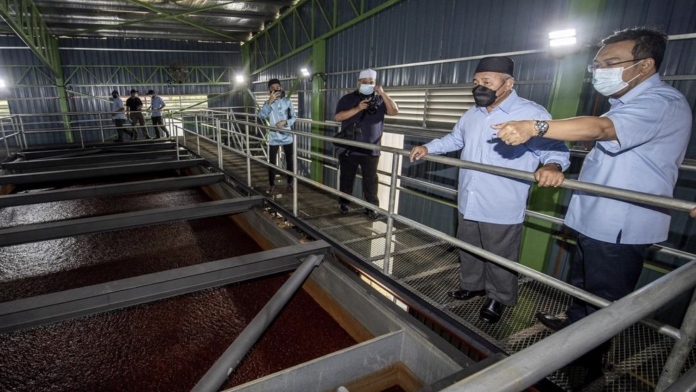 KOTA BHARU, Sept 3 –The Environment and Water Ministry (KASA) is looking into upgrading the capacity of existing water treatment plants (WTPs) in the border areas to increase water supply to neighbouring states.

“Instead of building a new plant, which will cost more, it is better we upgrade the existing plant (in the border areas) to supply water to the nearby states.

“(By doing this), we are just sharing treated water, but also water resources as the water resources at the border need to benefit both states,” he told reporters after a working visit to the Kampung Telok LRA, Panji, here today.

Tuan Ibrahim said the ministry was in discussions with the Terengganu and Kelantan governments to explore the potential of the existing LRA in border areas, like in Besut, to channel water supply to the Pasir Puteh district.

On the Kampung Telok LRA, he said, it was built at a cost of RM46 million and has the capacity to channel 32 million litres of water a day.

It is expected to begin operation in early November and will benefit 15,000 consumers in Kota Bharu and Bachok, he added.

Najib: ‘Its weird that PH keeps slamming govt but sticks to...