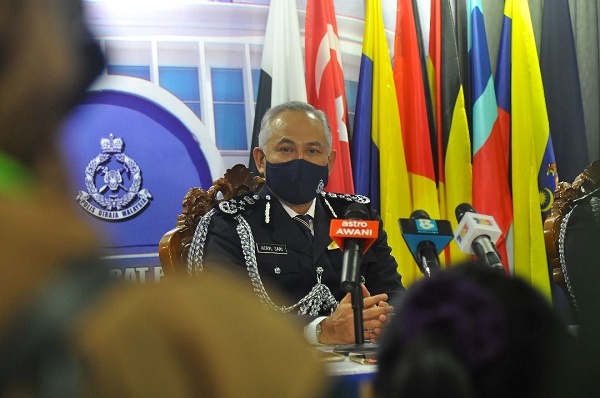 Inspector-General of Police Datuk Seri Acryl Sani Abdullah Sani said that PDRM was closely monitoring the matter to ensure it would not cause public anxiety.

He said the police could not rush any aspect of their investigation because complete information needed to be gathered from various other parties, including Islamic religious bodies.

“We have our own ways and techniques of dealing with this matter because we have faced this kind of issue in the past and successfully tackled it…the police are constantly monitoring the matter,” he told a press conference after witnessing the handing over of duties of the Sabah Police Commissioner here today.

At the ceremony, Datuk Hazani Ghazali, who was appointed as Bukit Aman Department of Internal Security and Public Order director effective next Monday, handed over his duties as Sabah Police Commissioner to Datuk Idris Abdullah.

A woman who goes by the name Sittah Annur, believed to be the leader of PMYT has recently gone viral after claiming that the Third World War would start in Sabah and she would lead her team to find Imam Mahdi to fight the enemy.

Meanwhile, Hazani said no PMYT followers have been detected in Sabah so far, adding that the group was found to be active in the peninsula.

“There are claims that PMYT has 3,000 members in the country but they are actually following the group on its social media accounts such as Facebook,” he said.