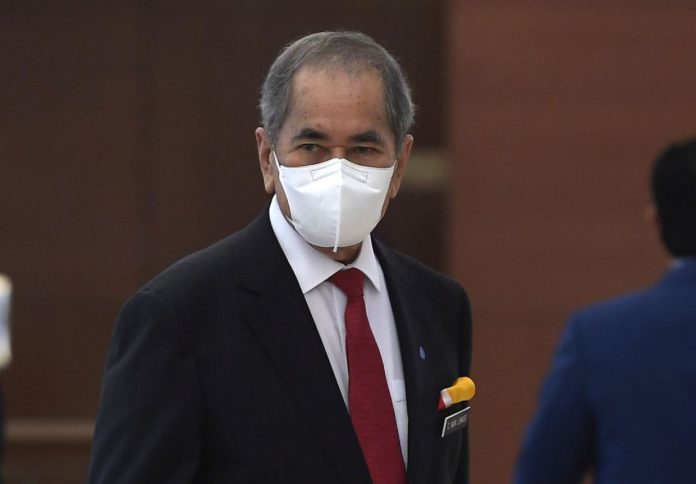 He said a joint committee between Parliament and his ministry will also be formed to ensure that various proposals discussed on the matter can be executed swiftly, as agreed upon during his discussion with Senate president Tan Sri Dr Rais Yatim and  Dewan Rakyat Speaker Datuk Azhar Azizan Harun on Thursday.

“I am indeed happy to inform that both the Senate president and the Dewan Rakyat Speaker took the proposals positively and are in fact, prepared to take on the lead role in the transformation of our Parliament,” he said in a statement today.

He said the three main issues discussed were the proposals to revive or re-introduce the Parliamentary Service Act to give independence to Parliament, to create a new act of Parliament to replace the Houses of Parliament Privilege and Powers Act 1952 (revised 1988) and to make more amendments to the present Standing Orders and Rules of Dewan Rakyat and Dewan Negara.

Wan Junaidi said the move to revive or re-introduce the Parliamentary Service Act to give independence to Parliament is consistent with what has been taken by other parliaments internationally.

This is based on Article 62 (Parliamentary procedure) and Article 63 (Privileges of Parliament) under the Federal Constitution, he said.

On the proposal to create a new act of parliament to replace the Houses of Parliament Privilege and Powers Act 1952 (revised 1988), he said the current act must indeed be replaced.

Wan Junaidi said instead of amending it, it is better to come up with a new act of Parliament that is more comprehensive, inclusive and complete.

“This is to also follow what is currently being made by most Commonwealth countries such as Australia, Canada, New Zealand and India,” he said.

Elaborating the discussion on more amendments to the present Standing Orders and Rules of Dewan Rakyat and Dewan Negara, Wan Junaidi said the move is crucial in order to suit the proposed new act of Parliament and the re-introduction of the Parliamentary Service Act.

“While there have been amendments made from time to time, many of these rules are a relic of the Federal Agreement 1948, which was only amended in 1956 for the independence of Malaya in 1957.

“It was further amended in 1959 to create a basis for the Standing Order and Rules of Dewan Negara and Dewan Rakyat. However, many of these rules are not able to accommodate many modern things in Parliament,” he said.

Wan Junaido also said many Commonwealth countries have been making necessary amendments to their rules and procedure in Parliament to suit the current time.

“In our quest for Parliamentary reforms, it is crucial for us to make more changes and improvements to the set of rules that may no longer be suitable in today’s environment. The amendments made should also focus on efforts to empower the Parliamentary committee,” he added.