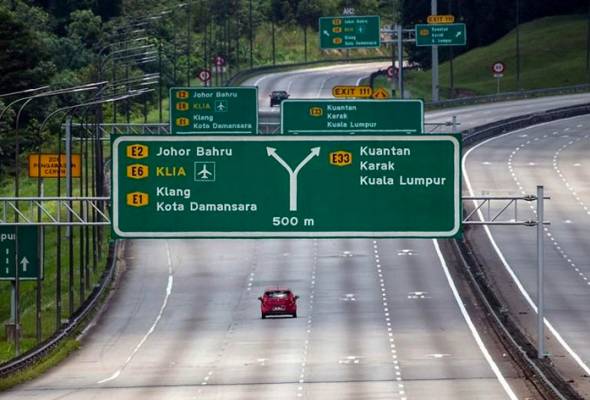 PUTRAJAYA, Sept 3 — There is still hope for Malaysians, including single individuals, to be allowed to travel interstate in the near future, but everyone must be patient for the time being, said Health Minister Khairy Jamaluddin.

He said discussions with Health director-general, Tan Sri Dr Noor Hisham Abdullah, had been held, and the standard operating procedure (SOP) for the relaxation would be presented to the National Security Council (MKN) soon.

“We will present it to MKN in the near future. There is hope (for interstate travel). I ask everyone to be patient for a bit. It is all there (SOPs), just give us a bit more time. We all know that by allowing (interstate travel), is like asking for trouble.

“There are states with vaccination threshold rates still a little low. By the end of September, all states will reach the threshold rate of 60 per cent of the adult population to have completed the vaccination. Just a little bit more, be patient,” he said in a special interview at his ministry here today.

Khairy said that several SOP relaxations would also be announced in the near future, including allowing cinemas to operate, and open to individuals who have completed the COVID-19 vaccination.

Last Wednesday, the Malaysian Association of Film Exhibitors (MAFE) appealed to the government to consider the matter, as cinema operators are now in a very bad situation after cinemas were closed for more than a year since March 2020, with losses of more than RM600 million.

Meanwhile, Khairy, who is also the Rembau MP, said that new SOPs would be announced, including on ventilation in public buildings.

“Ventilation SOPs will be part of the new (SOPs). It will be crucial. We are working out what are the minimum requirements for public buildings. That is the key performance indicator (KPI) for another ministry but we will insist on it,” he said.