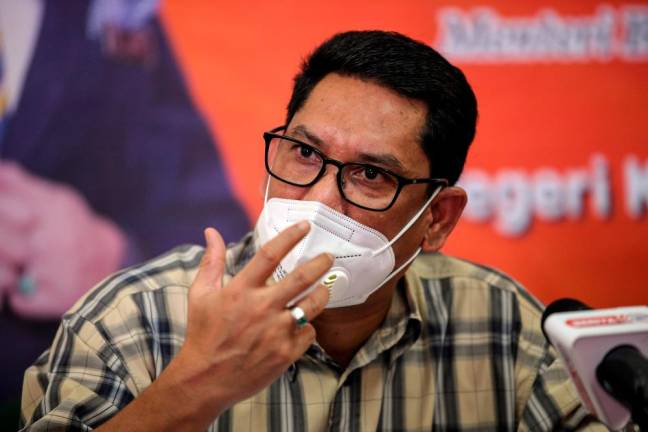 YAN, Sept 4 — Youth and Sports Minister Datuk Seri Ahmad Faizal Azumu said all parties involved must be responsible for the incident that led to the disqualification of national shot putter Muhammad Ziyad Zolkefli at the 2020 Tokyo Paralympics.

He said any action taken against those involved should not be to the detriment of the country’s athletes and sports as it is not meant to just punish but more towards ensuring such incidents do not recur.

“Although Muhammad Ziyad’s coach, Faizol Harun, has admitted and taken responsibility for the incident, I, as the Youth and Sports Minister, also have to take responsibility, as should all parties involved.

“In addition, we must improve the duty of those responsible for taking care of the athletes,” he told a media conference after visiting the Yan District Youth Council building here today.

Ahmad Faizal said he understood the anxiety among Malaysians regarding the disqualification, which resulted in the country losing the chance to add to its medal tally at the 2020 Tokyo Paralympics.

“I totally understand their anxiety when this incident happened and I was disappointed too. But is punishing a coach, who has been so successful in unearthing a raw talent and grooming him up to the international level, enough?

“Even if he (Faizol) is responsible for a mistake and it results in him not being able to train national athletes anymore, then I think it is a loss not only for the athletes but also sports in the country,” he said.

On Aug 31, Muhammad Ziyad was denied the gold medal in the men’s F20 shot put event. His throw of a distance of 17.94 metres (m) was also a new world record for the event.

He was classified as Did Not Start (DNS) following a protest lodged by Ukraine, who claimed that Muhammad Ziyad and two others – Todd Hodgetts of Australia and Jordi Patricio of Ecuador – were late to enter the call room.

Maksym was announced as the gold medallist with a throw of 17.34m, breaking Muhammad Ziyad’s world record of 17.29m that he had set at the 2017 World Para Athletics Championships in London.