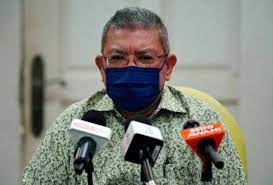 “We are monitoring the trial and the development of the case,” he said after handing over contributions to frontliners at the Kuantan health office here today.

He was commenting on the trial involving Mohammed Nazir Lep and Mohammed Farik Amin who were brought before the court on Aug 30.

The two Malaysians were allegedly linked to the deadly bombing incident in Bali, Indonesia, about 19 years ago.

They have been detained at the Guantanamo Bay detention camp since 2006 along with Indonesian Encep Nurjaman, also known as Hambali.

According to the US Office of Military Commissions, the three had been scheduled to be arraigned before the court in February, but it was postponed due to the Covid-19 pandemic.

He also hoped that the matter would become reality for Parliament to be a truly independent and debates can be held without external interference.

“Through this transformation, we will have an independent Parliamentary Service Commission that is responsible for recruiting parliamentary officers and staff,” he said.