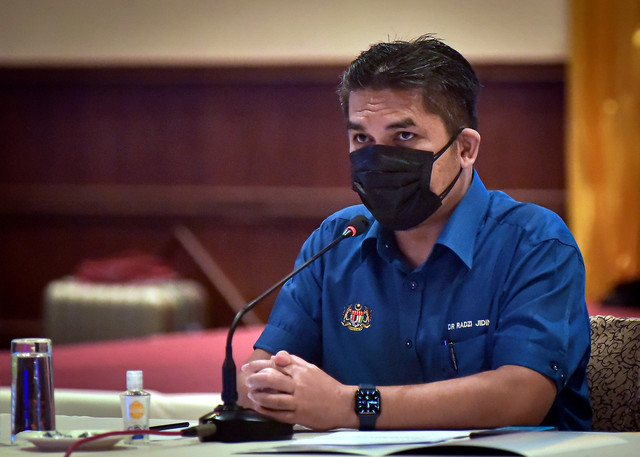 LABUAN, Sept 6 — The Ministry of Education (MoE) has agreed to reopen schools in this federal territory beginning October 3, with the first phase involving students of forms five and six.

Senior Education Minister Dr Radzi Md Jidin said the decision to reopen schools in Labuan was made after taking into account that the duty-free-island is  the only state or federal territory that has entered Phase 4 of the National Recovery Plan (PPN) whereby COVID-19 infections are manageable.

“In view of Labuan having entered Phase Four of the PPN, the schools can be reopened on Oct 3 for forms five and six, and the reopening of the schools in this island will be done in stages,” he told a press conference after meeting Labuan’s school headmasters and principals at the convention hall of a resort here today.

He said the second phase of the school reopening for other students (pupils of primary schools and secondary schools students from forms one, two, three and four) with a capacity (attendance) of 50 per cent would be done in two weeks after Oct 3 through the ‘flip classroom’ method (class rotation).

“I have had discussions with schools’ representatives including principals and headmasters as well as representatives from various Parent-Teacher Associations (PTAs) in a series of engagement programmes for their inputs and agreement on schools reopening.

“As I mentioned before, schools reopening throughout the country will take into consideration the phases under the National Recovery Plan,” he said.

“We took into consideration various factors before deciding on schools reopening in Labuan…certainly with stricter standard operating procedures (SOPs)…we must emphasis that schools reopening here must be safe,” he said.

Govt to continue to advise Agong over decision to lift or...