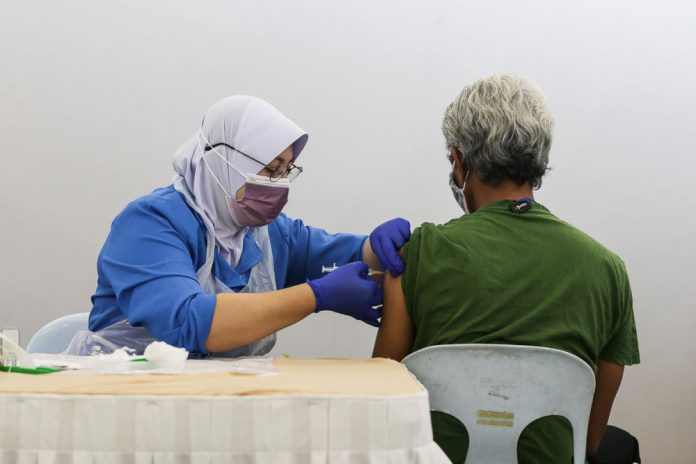 SIBU, Sept 7 — A total of 101 out of 121 homeless people registered for the Homeless Community Vaccination Programme in Sarawak have received at least the first dose of the vaccine, with 42 of them having completed the vaccination, said State Welfare, Community Wellbeing, Women, Family and Child Development Minister Datuk Seri Fatimah Abdullah.

She said the programme was launched to ensure no one is left out of the vaccination programme towards achieving the herd immunity in the state.

“No matter who or where they are, we want to get them vaccinated,” she told reporters at a vaccination programme for the homeless here last night.

The programme is carried out in nine administrative divisions in the state since last July 25 with the collaboration of several state and federal government agencies.

Fatimah said the problem of the homeless was a complex one and could not be addressed in silos, but through an integrated, collaborative, collective and holistic approach.

Towards this end, she said, the state government has approved the setting up of transit points (TTG) for the homeless in several towns under the 12th Malaysia Plan, like in Kuching, Miri, Sibu and Bintulu,.

“The TTG will serve as a place for the homeless to clean themselves, have dinner and sleep, as well as provided the necessary intervention, like counselling,” she added.

She said such a facility was being built in Sibu, which is expected to be ready by end of the month.

In Bintulu, it is at the Bintulu Development Authority Guest House in Kampung Kamunting, she added.

MOTAC targets up to RM77 bln tourism revenue in 2025