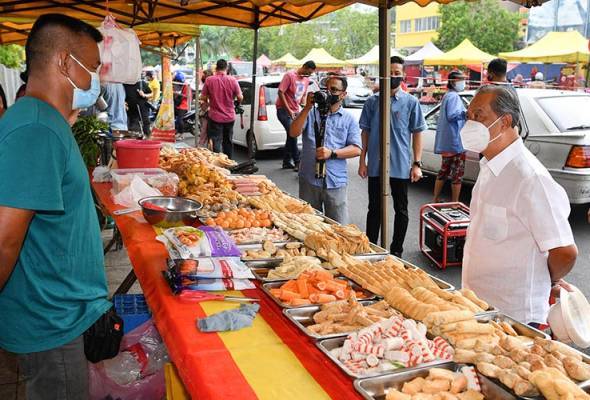 KUALA LUMPUR, Sept 6  — Measures to help small traders will be among matters raised and discussed in the National Recovery Council (MPN) meeting to be held soon.

MPN chairman Tan Sri Muhyiddin Yassin told Bernama all matters pertaining to the nation’s recovery, taking the ‘whole of society’ and ‘whole of government’ approach, will be discussed.

“The first meeting that I will be chairing, maybe in the week ahead… we want to work together to speed up the nation’s recovery process.

“As MPN chairman, I will ensure small traders and sectors will continue to be aided and included in the government’s plans to bring the country out of the economic downturn caused by the COVID-19 pandemic,” he said.

Muhyiddin had previously chaired MPN meetings when he was prime minister, and last Saturday Chief Secretary to the Government Tan Sri Mohd Zuki Ali announced that the Pagoh MP had been appointed MPN chairman based on the government’s confidence in his ability to spearhead the nation’s recovery strategies.

Muhyiddin said appropriate measures would be taken in the next year or two so that the country would undergo economic and social recovery back to pre-pandemic levels.

Meanwhile, Muhyiddin was of the view that the Federal Territories Ministry’s Free Trading Area Programme, scheduled to cease at the end of the year, should be extended further to help ease the burden of traders impacted by COVID-19.

“Traders are telling me to inform the FT Minister to consider extending the permit period or to award them permanent trading licences.

“As MPN chairman, our focus is not just on major companies but also the small and informal sectors… although the government has provided aid, it will not cover their daily expenses if they are unable to trade,” he said.

Muhyiddin said checks in the area showed that smiles are returning as more and more traders have resumed operations, which he described as a clear and positive sign that the process towards economic recovery has begun.

“The measures adopted in the Federal Territories have been effective in helping small traders get back on their feet and earn their livelihood.. when times are hard, we should not be charging them anything and it is alright if the government loses a little,” he said.

The Free Trading Area programme was introduced on Nov 15 last year to enable the public in the three Federal Territories to open stalls or trade in suitable areas free of charge.