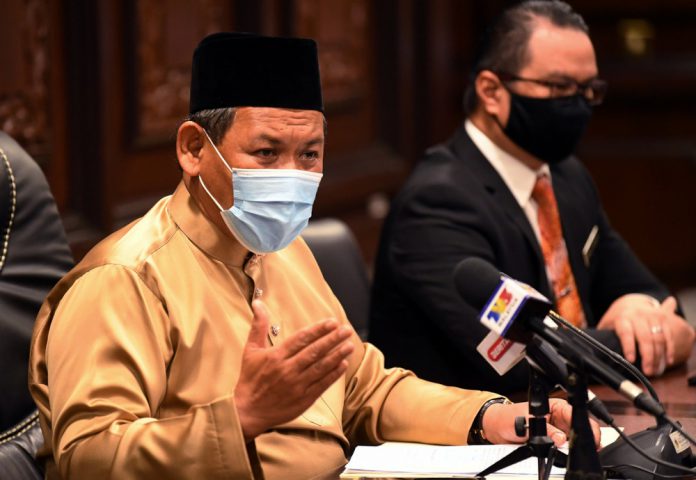 “Tax revenue stood at RM130.9 million, accounting for 84.14 per cent of the total revenue collection, which is higher than the RM124.7 million (80.35 per cent) collected in the same period last year,” he told the Negeri Sembilan State Legislative Assembly here today.

The Menteri Besar was responding to a question from Datuk Seri Mohamad Hasan (BN-Rantau) who wanted to know the state government’s current revenue collection.

The Menteri Besar said there was a significant decline in non-tax revenue, especially in terms of land premiums and land and mineral permits.

“This shows that the real estate sector has suffered significantly in the current economic situation.

“Revenue collection was also affected by the sand and quarry sites that had not been allowed to operate due to the implementation of the Movement Control Order,” he said.

Aminuddin said the state government had taken many steps to address the issue, including giving a 25 per cent discount to developers who settle their land premium payments within 30 days of the date of receipt of their land development approval notice from the District Land Administrator.

Meanwhile, a 15 per cent discount was granted to those who paid their land premiums within 60 days of the receipt of their land development approval notice from Jan 1 to June 30, 2021.

He said the state government had also extended the land development premium discount period to Dec 24, 2021, and engaged with property-related stakeholders such as the Valuation and Property Management Department so that the property valuation process can be done as fast as possible.

“Additionally, the state government had prioritised claims and settlement of land premium payments for lands owned by the federal government such as the Home Ministry and state corporations; extended the quit rent payment period without penalty from May 31 to June 30, 2021; and introduced the Let’s Pay Land Tax 2021 Campaign,” he said.

Meanwhile, Mohamad reminded the state assembly that the state government had collected about RM2 billion from the federal government in land premium payment on Malaysian Armed Forces’ land in Gemas.