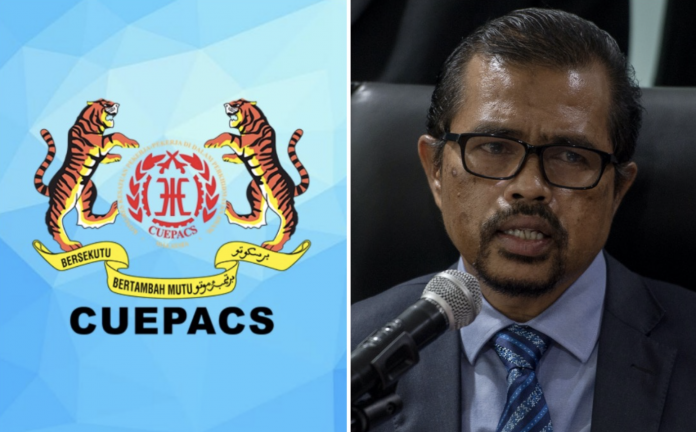 ALOR GAJAH, Sept 8 — The Congress of Unions of Employees in the Public and Civil Services Malaysia (Cuepacs) has urged civil servants who have refused vaccination to come forward to explain themselves.

Cuepacs president Adnan Mat said as government employees they need to be among the first to support and implement policies issued instead of rejecting its implementation.

“Currently there are around 30,000 civil servants who have yet to register for vaccination and some of them have given health reasons as an excuse to avoid vaccination.

“So we are asking  them to come forward and explain what is really happening so that the public will not perceive them negatively,” he said when met by the media after visiting the vaccination centre at Universiti Teknologi MARA (UiTM) Lendu, Alor Gajah here this afternoon.

He also called on the government to reconsider the proposal to conduct regular screening tests for public servants who do not want to be vaccinated.

“At the same time, we urge those who have rejected the vaccine to come forward so that we know their real problem as regular screenings would involve costs,” he said.

In another development, he hoped that the government would come up with a new Malaysian Remuneration System (SSM) as the existing system introduced  in November 2002 had never been reviewed or improved till today.

He said the matter should be included in the 2022 Budget allocation that is scheduled to be tabled at the Dewan Rakyat on October 29 to ensure that it was relevant to the current economic environment and not something that relies on a system created 19 years ago.

“A specific allocation to create a new remuneration scheme would also show that the government is serious about reforming the civil service from all aspects, including welfare issues affecting civil servants,” he said adding that the new remuneration system must ensure that the salary scheme is above the national poverty line.

“A more adequate annual salary increase would need to follow the increase in current costs of living as well,” he said.