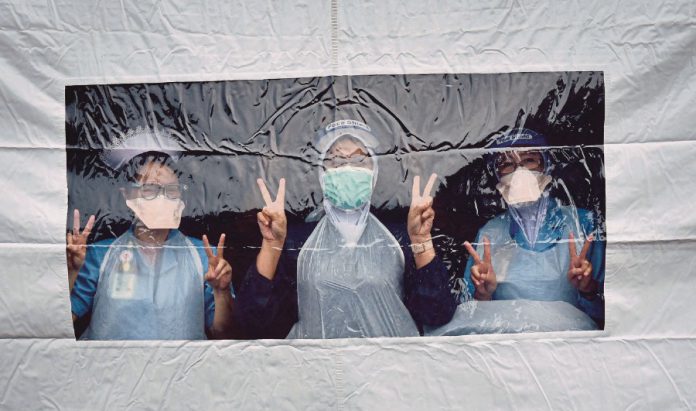 He said the island’s adult population has completed taking the two doses of the vaccine against the coronavirus.

“Furthermore, the adult population among the immigrants on the island has also been vaccinated, thus recording 100.5 per cent of immunised adults,” he told Bernama.

Rithuan, who is also Labuan COVID-19 Immunisation Taskforce (CITF) chairman, said the task force had listed 68,500 adults as eligible for the immunisation programme in Labuan.

“The number of eligible adults being given the vaccine has surpassed the target due to the Labuan CITF policy of inoculating people regardless of their nationality. We also offered the vaccine to the workers (from outside Labuan) in the Labuan shipping and oil and gas sectors,” he said.

Rithuan said thousands of Filipino refugees in the two Refugee Community Settlement Schemes have also been vaccinated as part of the committee’s efforts to mitigate the spread of the COVID-19 infection in the local community.

“We can see that the number of adults completing the vaccination will increase steadily as the number of people who received the first dose reached 102.94 per cent as of yesterday (Sept 7).

“The more people vaccinated the better as we will be able to contain the COVID-19 spread…as our policy is to encourage shipping crew and those in the oil and gas sectors to get the shot. The number of people completing the vaccine will certainly surpass our target,” he said.

Labuan completed vaccinating 80 per cent of its adult population on July 27 and became the first among the federal territories and states in the country to achieve herd immunity against COVID-19.

The Labuan-level National COVID-19 Immunisation Programme was launched on Feb 27.

6,320 Covid-19 cases, Selangor has most infections