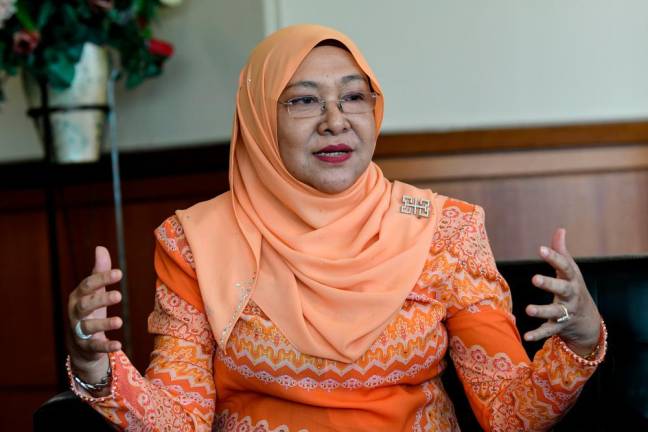 KUALA LUMPUR, Sept 8 — Istana Budaya will only stage live performances by early October as only 70 per cent of its staff have been fully vaccinated against COVID-19, which is among the conditions set for the relaxation of the standard operation procedure (SOP) for the creative industry to reopen tomorrow.

Its director-general, Zaiton Md Desa said apart from that, many of its staff had to work at the vaccination centres (PPVs) to help out with the ongoing National COVID-19 Immunisation Programme.

“To date, only 70 per cent of our staff have been fully vaccinated. As such, for now, we can only implement performances via recordings by giving priority to internally produced programmes,” she told Bernama today.

However, she said the relaxation given would help to facilitate Istana Budaya to make plans for stage performances, such as training and discussions, other than preparing the area of the premises in accordance with the stipulated SOP.

Yesterday, Prime Minister Datuk Seri Ismail Sabri Yaakob announced the relaxation of the SOP under Phase 1 of the National Recovery Plan (PPN) for the creative industry based on discussions by the COVID-19 Pandemic Management Special Committee on Sept 2.

The decision for the relaxation was subject to complying with the SOP approved by the National Security Council (MKN), including only to those involved in the industry who have received both doses of the COVID-19 vaccine jabs as well as based on the permitted capacity of the premises.

Meanwhile, Malaysian Buskers Club (MYBC) president Wady Hamdan regarded the announcement as heaven-sent and one that would motivate the entertainers to continue performing, although only indoors.

He said other than being able to perform again, buskers could also generate income in a wider area other than the PPVs, including at shopping centres and restaurants.

“I see this relaxation as an appreciation of the role of the buskers, who not only entertain but also deliver information through their craft,” he said.

Malaysian Film Producers Association (PFM) president Pansha concurred, saying that the relaxation could enliven and, simultaneously, bring relief to those in the creative industry who have been fully vaccinated to earn a living.

“It also gives Malaysians the chance to chill out and seek entertainment with families at cinemas after being cooped up in the house for so long in compliance with the standard operating procedure of the Movement Control Order (MCO).

“We welcome (the relaxation) and are very thankful at the concern shown by the government for the creative industry and redeveloping the industry’s economy that has been badly affected by the COVID-19 pandemic,” he said in a statement today.

The Malaysian Artistes Association (Seniman) hoped that all its members could work again by complying with the stipulated SOP.

“Seniman lauds the announcement because we have been fighting for the reopening of the creative industry for so long,” it said on its official Facebook page.

No cut in budget for NCD treatment, says health ministry