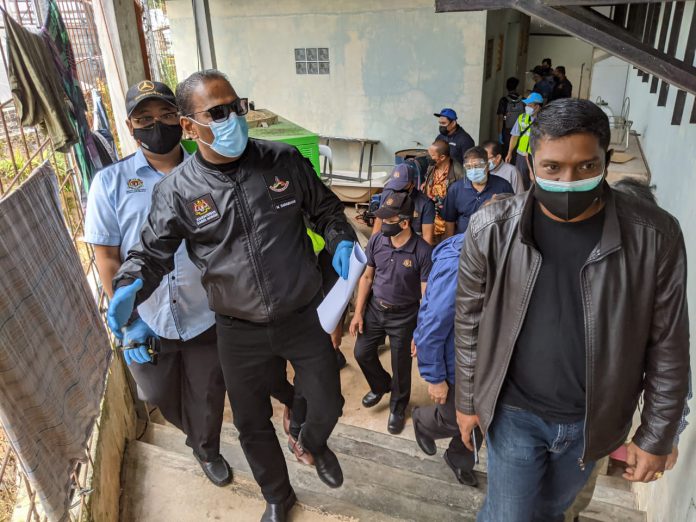 Human Resource Minister Datuk Seri M.Saravanan said all legal foreign workers registered with their employers would be placed at the CLQ to ease monitoring of their movements and in providing living quarters of the standard set.

“The Cameron Highlands CLQ will be a sample and role model for other areas. The Ministry of Human Resources will be discussing with the Pahang government, this plan which is one of the ministry’s directions.

“A suitable location for the CLQ will be determined by the state government with certain factors such as close proximity to the workplace considered. When ready, only workers with valid documents will be allowed to stay at the CLQ. This is also our way of curbing the presence of illegal workers.

“We cannot allow foreign workers to be everywhere without any control. That’s why we need to create a special place of accommodation for them like what is done in Singapore and other countries,” he said at a news conference after leading an Act 446 and Act 342 compliance operation at a farm in Ringlet, here, today.

Previously, a number of CLQ had been built like in Selangor for foreign workers in the construction and manufacturing industries so that they would be placed in specific locations and not scattered about as the latter could make monitoring by the relevant authorities difficult.

Asked on the state of demand for foreign workers from industry players, Saravanan said the ministry still maintained its stand that the MyFutureJobs portal be used to hire locals to fill the 200,000 job vacancies available.

He said he was aware of the demand for foreign workers but he believed the local manpower should not be sidelined and the people should take this opportunity, especially at a time when the country was facing uncertainties during the COVID-19 pandemic.

“I urge the employers and unemployed to grab this opportunity for our industries not to be dependent on foreign workers.

“Most employers have now cut production by 25 per cent due to the lack of workers. There is a huge shortage of workers in many sectors such as agriculture and plantations,” he added.

Asked on the proposal by Home Minister Datuk Seri Hamzah Zainudin for the authorities to close any factory that employs illegals as reported today, Saravanan said this was a serious signal for the industry players, adding that action should be taken against the errant employers.

Earlier, in the two-hour enforcement operation, two compounds were issued over the workers’ quarters and failing to take body temperatures.

Saravanan said that up to Sept 7, enforcement checks were conducted on 24,812 employers and 132,913 workers’ quarters across the country.