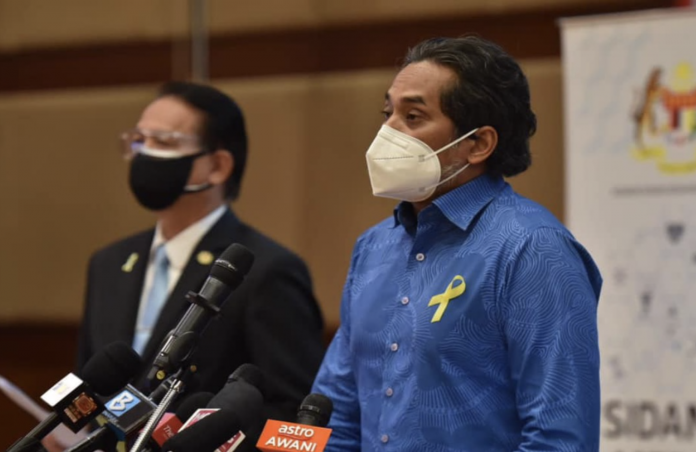 PUTRAJAYA, Sept 9  — The Health Ministry (MOH) did not rule out the possibility of waning effectiveness of COVID-19 vaccines over time that drives transmission in Sarawak.

Health Minister Khairy Jamaluddin said the ministry is also studying the need to administer booster shots, especially to the elderly, immunocompromised and healthcare workers to overcome the situation, which has been implemented in other countries.

“So, we certainly not ruling that out,” he told reporters here today when asked about the possibility of waning effectiveness of COVID-19 vaccines.

Sarawak has recently witnessed a surge in daily cases, with a total of 3,118 cases recorded today.

Khairy said he is expected to visit Sarawak next week to discuss with the state government additional measures to reduce transmission.

“I have asked for recommendations to be made before the next Special Committee on Ensuring Access to COVID-19 Vaccine Supply (JKJAV) meeting next week,” he said.

He said MOH will discuss with the Sarawak government on strategies for going forward to address the transmission.

Khairy said testing, tracing and isolation are important in Sarawak right now because what is happening in the state could possibly happen in other states in a few months time.

“If it because of the waning effects of the vaccines,  so we have to see what are the immediate measures we can take to stop the increasing rate of transmission in Sarawak, and use that as a playbook for other states which may encounter a similar situation,” he said.

The minister said that people need to be educated to take responsibility for their own health as part of public health measures.

He said people with symptoms need to conduct tests quickly and isolate, adding that a new contract tracing technology would be introduced at the end of this month to assist MOH in tracing close contacts.

He added that a national testing strategy is a way of going forward in the mitigation phase, adding that certain schools will be involved in the testing exercises, apart from vaccination.