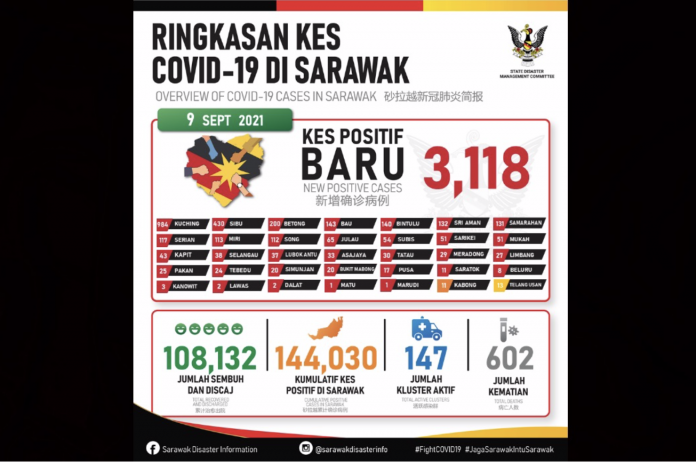 KUCHING, Sept 9  — The number of fatalities from COVID-19 in Sarawak has reached 602 since the pandemic started in March last year, after nine more were recorded today.

The State Disaster Management Committee (JPBN) said the nine victims, aged between 66 and 87, had a history of comorbidities such as high blood pressure, heart ailment, stroke, diabetes, kidney failure and dyslipidemia.

Two of the victims died before being taken to the Simunjan District Hospital and Sarawak General Hospital, here.

Meanwhile, only four of the 3,118 COVID-19 new cases reported today involved lung infection which required oxygen and the use of ventilators while the rest had minor or no symptoms.

MAHA 2022 to witness signing of MoU involving more than RM4...