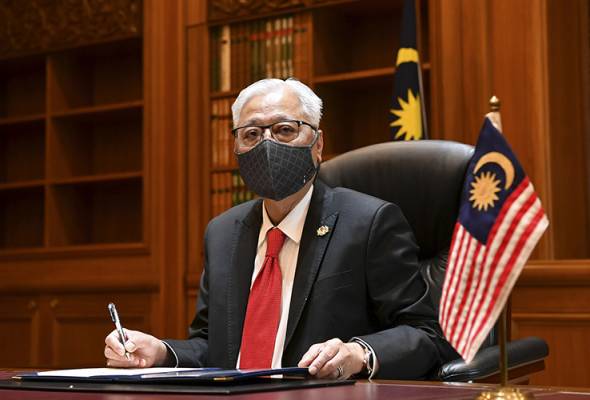 KUALA LUMPUR, Sept 10 — The federal government today offered a seven-point plan in implementing the transformation in Parliament and government sector to restore political stability in fighting COVID-19 and reviving the economy.

“The offer is aimed at creating a new political landscape by implementing the transformation and reforms in government systems, especially by empowering the role of Parliament,” he said in a statement here today.

Also offered is a balanced membership among the government and opposition Members of Parliament (MPs) in Special Select Committees and that every bill, including the Supply Bill, will be discussed and mutually agreed upon.

Ismail Sabri said opposition MPs will also be involved in the National Recovery Council, and the Opposition Leader will be given remuneration and privileges equivalent to that of a minister.

The Prime Minister said the seven-point plan was decided at the Cabinet meeting today in line with the decree issued by the Yang di-Pertuan Agong Al-Sultan Abdullah Ri’ayatuddin Al-Mustafa Billah Shah and the Malay Rulers’ on the importance of having a stable government that could continue to function even when the country is facing various crises.

“The government is of the opinion that all quarters should give focus and priority to achieve political stability in fighting COVID-19 and reviving the economy,” he said.

He said the transformation in the government sector embodies noble values and solidarity across religious, racial and cultural backgrounds in the context of the Malaysian Family.

Ismail Sabri also stressed that it was also in accordance with the spirit to uphold the Federal Constitution as the supreme law of the country.

At the same time, he said the government was also committed to introducing more transformation plans from time to time.