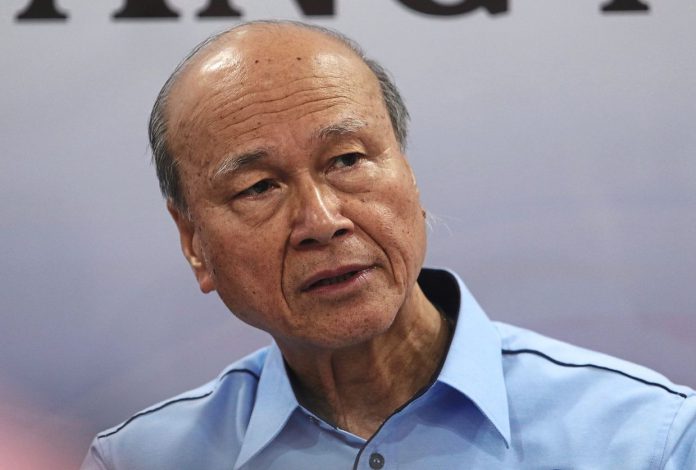 KUALA LUMPUR, Sept 10 — Mental health problems to the point of having suicidal tendencies require specific actions to be taken to reduce the number of deaths.

Patron of Befrienders KL, Tan Sri Lee Lam Thye said there were several actions that could be taken to help those who were starting to lose hope, especially due to the current COVID-19 pandemic.

“Among the steps that can be taken is to show our concern, either minimally or unconsciously, those who have suicidal thoughts, besides creating space and opportunity for them to express their feelings.

“Even minimal and seemingly trivial communication can actually lift someone’s spirit as these can reduce the stress they face,” he said when contacted by Bernama, today.

In conjunction with World Suicide Prevention Day today, he said the theme “Act Fast, Hope Built” was a call for all parties to take appropriate action, and move as a team, in observing and working together to address mental health problems and suicide cases.

Befrienders is a non-profit organisation that provides 24-hour daily emotional support services to those suffering from depression and having suicidal thoughts.

Lee, who is also a member of the Mental Health Promotion Advisory Council, said an average of four suicides were reported daily between January and May this year. There has been an increase in cases during the COVID-19 pandemic stemming from mental health issues.

Until July, a total of 638 suicide cases have been reported by the Royal Malaysian Police compared to 262 cases for the same period in 2020, an increase of 143 per cent or 1.4 times more.

The young should venture into franchising – Rosol

Malaysia’s economic growth projection for 2022 can be achieved – PM