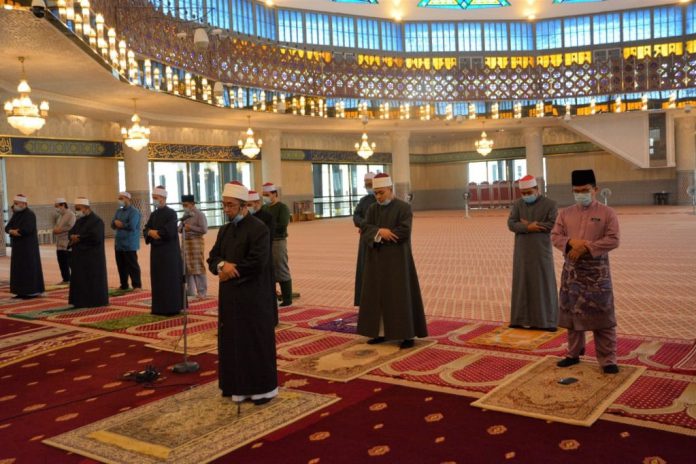 Minister in the Prime Minister’s Department (Religious Affairs) Idris Ahmad said the matter was in line with the government’s intention to prepare the country to enter the endemic phase of COVID-19 by the end of October, after 80 per cent of the population is fully vaccinated against the virus.

Idris said he will also hold meetings with muftis, the Ministry of Health (MOH) and the National Security Council (MKN) soon to discuss some proposals, including to increase the capacity for congregational prayers in mosques and suraus with strict safety measures in place.

“Besides that, the proposal to make more regular suraus including those in the offices as a place to hold Friday prayers will also be discussed with the state religious authorities.

“The government pays serious attention to the facilities for congregational prayers at mosques and suraus and related activities,” he said in a statement today.

Idris said all future decisions would also take into account the advice and views of the Yang di-Pertuan Agong as well as the Malay Rulers.

“The Prime Minister’s Department (Religious Affairs) assures that it will continue to work with the state religious authorities in matters pertaining to Islamic affairs so that it can be implemented in a more orderly manner and in accordance with the law.

“I really hope that the people, especially Muslims, will understand that the safety of the people is always a top priority in any decision made by the government,” he added.

MySejahtera check-in may be scrapped – Khairy