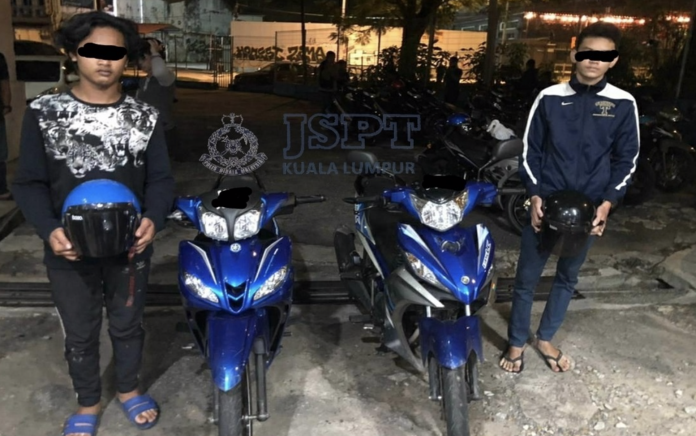 KUALA LUMPUR, Sept 12 — A 15-year-old boy was among six motorcyclists detained by police in a three-day operation by the Kuala Lumpur Traffic Investigation and Enforcement Department (JSPT) around the federal capital starting from Friday to early this morning.

He said the first and second arrests were made in Jalan Bangsar and Jalan Duta, here involving two local men aged 25 and 29 for holding fake licences and riding under the influence of alcohol.

“Four more suspects aged between 15 and 25 were held early morning on the DUKE Highway near the Air Panas toll plaza and in Jalan Kuching, here after they were found performing various stunts with their vehicles,” he said in a statement today.

Sarifudin said the four suspects were detained under Section 42(1) of the APJ for dangerous riding which could endanger other motorists.

He said nine officers and 61 personnel were involved in the operation which began at 9 pm on Friday to 4 am this morning.

Factories which trigger COVID-19 clusters must shut down completely – Exco