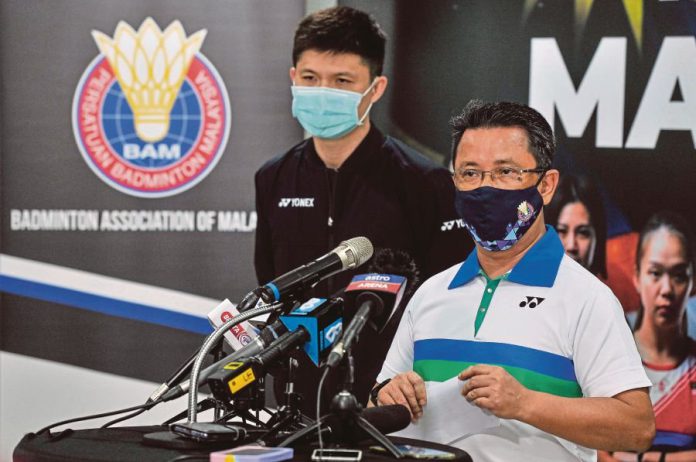 “Definitely very saddening for us, but unfortunately because of medical reasons, we will respect the decision, moving forward we are actually building a new team. When I first heard about this, I actually called her for online discussions on Aug 16 and she basically said it is because of the medical issues after her surgery as she cannot stand the rigorous training regime.

“She said wanted to retire and want to move to the next phase of her life. We suggested to her, maybe after the Uber Cup, but she announced earlier…I was with her when she did her surgery, I thought she has improved, but it took a toll on her,” he said when contacted by Bernama.

Early today, Jin Wei surprised the badminton fraternity by announcing her retirement from the racquet sport, aged only 21, citing long term recovery after a surgery to remove part of her colon due to a stomach ailment in 2019.

Mohamad Norza said, during the online meeting, he even tried to offer to Jin Wei to get treatment with foreign specialists to assist her get back on track, similar to sending mixed doubles player Goh Liu Ying to Germany in 2017.

“When we discussed about her medical problems, I told her that I am willing to get her overseas treatment,  that was my offer, she said will think about it. Along the way, (BAM coaching director) Wong Choong Hann and (secretary-general) Datuk Kenny Goh were talking to her and her mother,” Mohamad Norza added.

BAM had in 2017, sent the 2016 Rio Olympics silver medallist Liu Ying to Sportklinik in Halle, Germany for shoulder injury treatment.

Asked about Jin Wei’s replacement for the Uber Cup, scheduled from Oct 9-17 at Aarhus, Denmark, Mohamad Norza said the other girls in the team – S. Kisona, Eoon Qi Xuan, K. Letshanaa and Siti Nurshuhaini Azman – will be able step up to fill the place vacated by Jin Wei.

LRT MIshap: Gov’t to ensure such Incidents do not recur –...