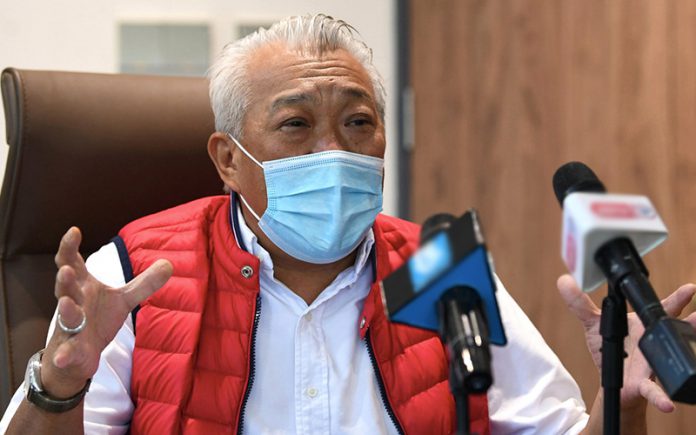 KOTA KINABALU, Sept 14 — Sabah Deputy Chief Minister Datuk Seri Bung Moktar Radin described the formation of Malaysia in 1963 as the unification of the people of Sabah, Sarawak and the Peninsula as a ‘Malaysian Family’ regardless of their origin or background.

According to him, the unity of a Malaysian family has remained for a long time because there is a sense of respect for each other and mutual appreciation for the uniqueness and diversity of races and ethnicities in the country.

As such, he said the unification of the ‘Malaysian Family’ could bring mutual progress, including development of infrastructure, education, economy, communication and basic facilities, although there was still much to be done and improved.

“Sept 16, which is Malaysia Day, is no less important than National Day. It must be embraced by all the people regardless of their race, religion and political ideology. We must be committed to change the mentality of some people who still do not care about the significance of Malaysia Day.

“The significance of Malaysia Day is not just to commemorate the historical moment of the establishment of Malaysia, as the people also need to understand the value of a family,  that is the ‘Malaysian Family’, he said in an interview with Bernama.

He said despite the progress achieved, it is also a reminder for all parties that planning and implementation of national development programmes are highly dependent on the country’s political stability.

According to him, when there is no political stability in the country, there would be change in the government and all policies planned previously will change and this will certainly affect efforts to develop the country more effectively.

Therefore, Bung Moktar said a right and sensible discourse and narrative on the history of Malaysia’s  formation must be sown so that the negative sentiments do not continue to flourish as they could weaken the federal system, and threaten the country’s sovereignty in the long run.

“People need to understand the benefits they have gained since Malaysia was formed, as well as the effects and implications if we continue to quarrel, do not unite, and worst still, if we take action to leave Malaysia.

“The fact is that when social cohesion needs to be strengthened, we must not forget to strengthen national integration. It is important to strengthen racial unity and unity between the states and the three regions, united we stand, divided we fall,” he added.

On the COVID-19 challenges, Bung Moktar said the value of the ‘Malaysian Family’ is clearly reflected through the togetherness of all parties, whether the state government or the federal government, as well as the people in facing the challenge.

He said Prime Minister Datuk Seri Ismail Sabri Yaakob’s efforts in mooting the idea of building a ‘Malaysian Family’ gave new light to the people in the state, especially in efforts to tackle the COVID-19 pandemic.

“His call for several states, including Sabah, to be given special attention in addressing the COVID-19 problem  translates the theme of this year’s Malaysia Day celebration, which is ‘Caring Malaysia’, he said.

Bung Moktar said the federal government’s concern could be seen in the provision of 2.89 million doses of the COVID-19 vaccines to enable the Land Below the Wind to achieve a vaccination rate of 60 per cent of its adult population by the end of this month and 80 per cent next month.

Commenting on Sabah as the host for the 2021 Malaysia Day celebration , Bung Moktar, who is the joint-chairman of the Malaysia Day 2021 Organising Committee, said various events with strict SOP compliance had been planned for the celebration.

“The selection of Sabah as the host for this year’s celebration is a privilege for the people of the state,  where the young generation will get to understand the historic moment which the past leaders fought for that led to the merger of the peninsula, Sabah and Sarawak.

“As a result of the merger, they (the young generation) are able to enjoy the benefits of peace and progress living in Malaysia,” he added.