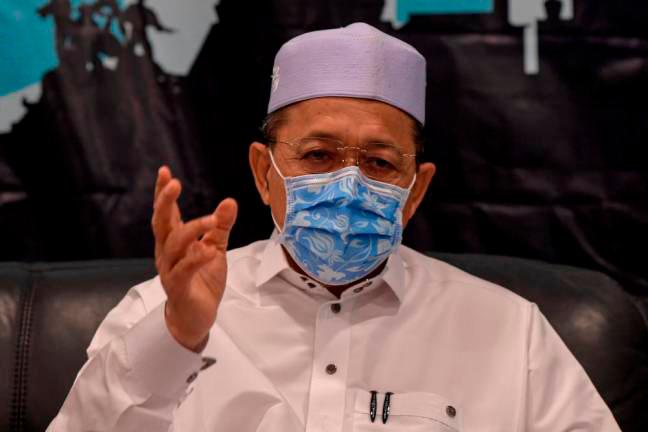 PUTRAJAYA, Sept 13 — The Putrajaya Command Centre (PCC’s) level of preparedness as a centralised monitoring centre for municipal activities in Putrajaya, was tested by Federal Territories Minister, Datuk Seri Shahidan Kassim, yesterday who pressed the panic button while at the lake area at Presint 1.

Shahidan was satisfied with the quick response of the PCC staff, who took only five seconds to answer the call after the siren sounded, and took off his face mask to allow the staff to recognise him.

“Assalamualaikum. This is me, Shahidan, the minister. I am experimenting. Thank you. Can you see my face? ” he said while testing the facility.

The panic button facility, installed at strategic locations in Putrajaya, is one of the Putrajaya Smart City and Putrajaya Safe City initiatives.

The panic button function allows the public to communicate directly with the PCC in the event of an emergency at the lake area and several other strategic locations, to seek assistance from security and emergency agencies such as Putrajaya police, Putrajaya Hospital Emergency Department, Fire and Rescue Department and the Malaysia Civil Defence Force.

There are 89 panic buttons and 462 closed-circuit television (CCTV) cameras installed throughout Putrajaya.

The PCC, which is equipped with the latest technology and operates 24 hours daily, was launched on Oct 3, 2019. The centre’s monitoring covers safety, traffic, environmental quality, infrastructure and natural disasters.

COVID-19 Vaccine: Teachers should be given priority after frontliners

Experts divided over floor price for parcels in courier industry