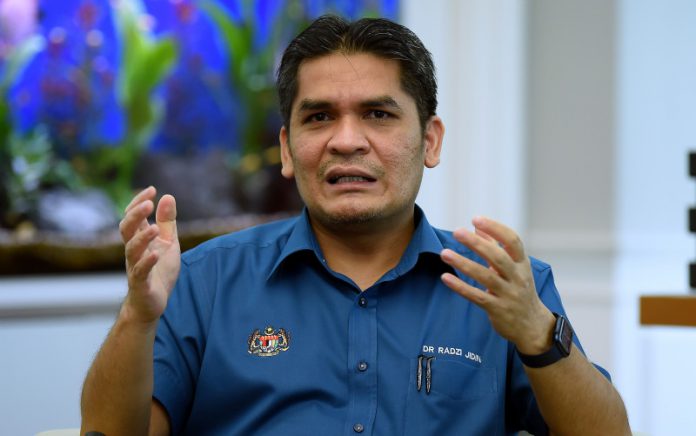 KUALA LUMPUR, Sept 13  — The Education Ministry (MOE) explained today that schools nationwide will reopen in stages according to the phases of the National Recovery Plan (PPN).

Senior Education Minister Datuk Dr Radzi Jidin said that schools in Phase One states of the PPN would not reopen.

He clarified the matter as the ministry found that there were still some who mistakenly thought that all schools nationwide would reopen on Oct 3, although details of the reopening were explained yesterday.

Radzi said the findings were identified based on his observation of the feedback shared on various platforms, including social media, about his announcement of school re-openings yesterday.

“From the feedback we received directly or through media, including social media, we found that there are still some who think that come Oct 3, all schools in the country will reopen,” he said in a video recording that was shared with the media today to explain the way schools would operate.

Radzi also said that for states in Phase Two of the PPN, only primary schools with special needs pupils at Special Needs Public Schools (SKPK) and Integrated Special Education Programmes (PPKI) would reopen, while for secondary schools, only Form 6 students in Semester 2 who will be sitting for their Sijil Tinggi Persekolahan Malaysia (STPM) examinations at the end of October will be involved.

“For states under Phase Three of the PPN, apart from special needs pupils at SKPK and PPKI, pre-school pupils, Form Five students and other STPM students will be involved.

“For states under Phase Four of the PPN, the first two weeks, from Oct 3 to 17, will involve similar students as those in Phase Three states, before it is expanded to Year One, Two and Three students from Oct 17 to 31, followed by Year Four, Five and Six (at the end of October),” he said.

For secondary schools, Radzi said learning sessions will begin with Form Five and Form Six students from Oct 3 to 17, followed in stages by Form Three, Four, One and Two students.

He said the reopening, to be done in stages at 50 per cent classroom capacity, was to ensure students could follow their studies closely in schools, and also attend school in a safe environment.

Alibaba shares rise for about 8 per cent following record fine