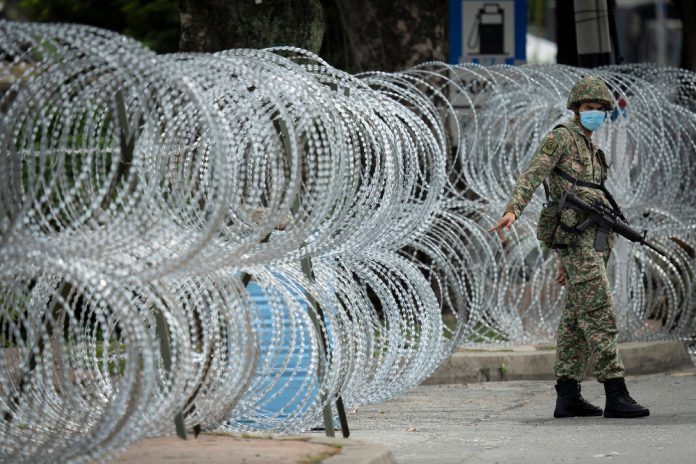 KUALA LUMPUR, Sept 17 — Kampung Sungai Padi in the Telang sub-district in Lipis, Pahang and Kampung Air, Beluran, Sabah will come under the Enhanced Movement Control Order (EMCO) from this Sunday until Oct 2.

“The standard operating procedures (SOP) for the EMCO is like previously announced,“ he said in a statement posted on Facebook today.

Meanwhile, he said the EMCO in Taman Samudera, Seri Manjung in Manjung, Perak which was supposed to end tomorrow has been extended until Oct 2.

There is good news however, for residents around Padang Tengku in the Gua sub-district in Lipis, Pahang, covering Kampung Baru, Taman Bakti, Taman Dahlia and a row of shophouses in Padang Tengku,as the EMCO enforced there will end as scheduled tomorrow.