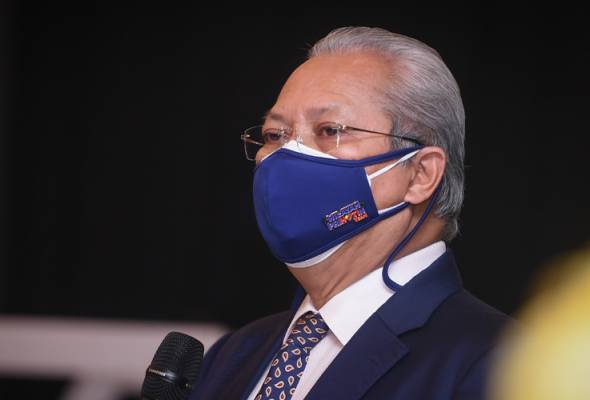 KUALA LUMPUR, Sept 17 — The government’s move to introduce the practice of inclusive politics with the opposition in order to find common grounds will bring more benefits to the people.

Communications and Multimedia Minister Tan Sri Annuar Musa said the current political landscape demanded all quarters to accept the reality of co-existence, in line with the Malaysian Family concept.

“Before this, there is a huge gap between the governing party and the opposition. We cannot sit and discuss our agendas together…everyone wants to show that they are better than the other.

“Now, we try to change (the situation) in the Malaysian Family atmosphere, we have to implement (inclusive politics) and not just rhetoric,” he said during his first appearance on the ‘Bersama Annuar’ programme on Twitter Spaces carried out by Bernama tonight.

Annuar said in celebrating the difference of opinions of all quarters, the government and the opposition must work together to avoid political situations that did not bring any good and prosperity to the country.

In contrast to the previous situation, Annuar said the country’s current political situation should move towards mature politics while prioritising results, and not merely playing sectarian, extreme and racial politics.

As such, he urged all political leaders to open their eyes and accept the reality to practice politics with family characteristics, despite having different views on certain matters.

Asked about the implementation of Undi 18, Annuar expressed confidence that it could be implemented in the next general election, thus giving the youth the opportunity to get involved in national affairs as voters and elected representatives.

“If previously, we consider those below the age of 21 as teenagers, now we find that the maturity of the people is much different. The people are very knowledgeable, have exposure to national matters and in fact, the age of 18 is suitable to get involved in leadership,” he said.

Throughout the one-hour programme which began at 9 pm, Annuar interacted with the followers of Bernama’s Twitter account @bernamadotcom, numbering more than 950,000 followers now.

The 12-episode programme hosted by Bernama TV’s Wan Syahrina and Bernama Radio’s Hanie Hamid will be aired on Twitter Spaces weekly till December.

Next week’s topic will be ‘Survival of Artists’.