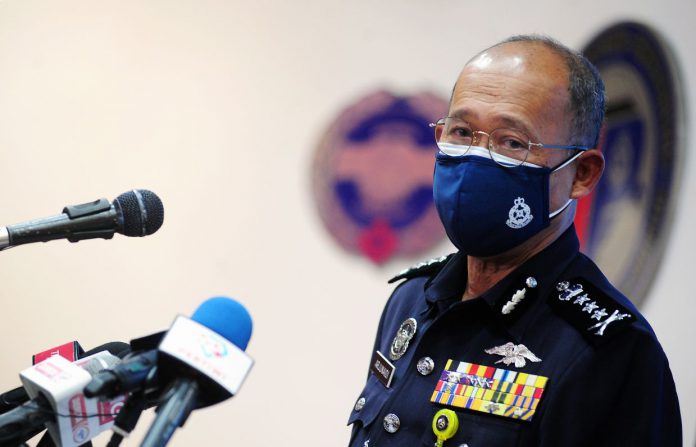 SEPANG, Sept 18 — Selangor police have issued 423 compounds to members of the public for flouting the standard operating procedure (SOP) under Phase Two of the National Recovery Plan (PPN) from Sept 10 until 17.

Selangor police chief, Datuk Arjunaidi Mohamed said the compounds were issued for various offences like failure to wear a mask, disregarding social distancing and others.

He said about 3,000 personnel from 700 monitoring teams have been assigned to ensure that the public adhere to the SOP since Klang Valley transitioned to Phase Two of the PPN where inter district travelling is allowed and many had taken advantage of this to do various recreational activities.

“We are monitoring the beaches and places of attractions in Selangor like water falls to ensure visitors closely adhere to the SOP,” he told the media after observing public SOP compliance at Pantai Bagan Lalang, here today.

On today’s observation, Arjunaidi said he was satisfied with the public for observing the SOP while at the beach, which is a popular spot among visitors.

“If we look at the overall situation, it is true that many came but a majority of them came with their families and were having group gatherings among family members.

“We concluded that they came here and adhered to the SOPs like putting on masks which we can observe a majority of them did after coming out of the water,” he said.

Meanwhile, Arjunaidi denied an allegation that a detainee who passed away at the Kuala Langat district police headquarters (IPD) last Monday had swellings as alleged by his wife.

“The allegation is not true because we have checked everything. Nevertheless a specialist will make the report.

“Police have also opened an investigation paper. When something like this happens, an investigation will immediately be carried out, just like what Selangor Criminal Investigations Department head SAC Nik Ezanee Mohd Faisal had explained. That is the focus of our investigations,” he said.

Arjunaidi said the policeman who was on duty when the incident happened had been called for further investigations.

Earllier, the media had reported on Sept 8 that lorry driver T Vinaiyagar, 49, was detained in BantIng  however his wife N Navaneetham, 35 claimed that she did not receive any information about her husband’s detention.

A post-mortem which was carried out stated that the cause of death was due to ulcer in the stomach. However, Navaneetham claimed she saw swellings on her husband’s body.

In another development, Arjunaidi said the four policemen who were detained in a raid at an entertainment outlet in Klang on Sept 11 have been re-assigned while waiting for a  full report for drug abuse offence.

“They have been automatically reassigned and had disciplinary action taken against them and were compounded for failure to comply with the SOP.

“For drug-related offences, action will be taken after we have received the full report from the experts,” he said.

The media had earlier reported that four policemen who were on duty in Selangor were among the 35 individuals detained in a raid on an entertainment outlet in Klang.