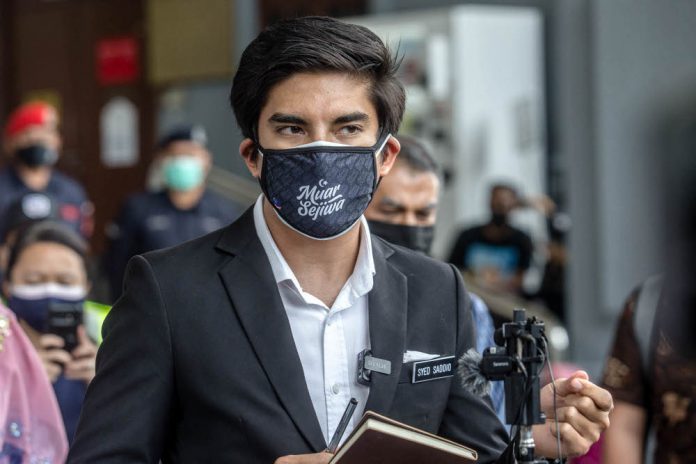 KUALA LUMPUR,  Sept  21 — Syed Saddiq Syed Abdul Rahman and 12 others have obtained leave to initiate legal proceedings over a decision by the Home Minister and Registrar of Society in rejecting their appeal to register the Malaysian United Democratic Alliance (MUDA) as a political party.

Federal counsel Mohammad Sallehuddin Ali, when contacted by reporters, said the court granted the leave as the Attorney-General’s Chambers did not object to it and had set Oct 5 for case management.

Lawyer Lim Wei Jiet, representing Syed Saddiq and the 12 others, confirmed the matter.

Syed Saddiq and the 12 others had filed a fresh judicial review application last Aug 24 to challenge the decision of the Home Minister and the RoS in rejecting their appeal to register MUDA as a political party.

They named the Home Minister and the RoS as the first and second respondent, respectively.

They are seeking a declaration that their application to register MUDA as a political party was in order and in compliance with all the requirements under the Societies Act 1966.

They are also seeking a mandamus order for both respondents to register MUDA as a political organisation within 14 days from the date of the order, as well as aggravated and exemplary damages and other relief and orders deem fit by the court.

Last Aug 18,  MUDA withdrew its judicial review application to file a fresh one on grounds that it had become academic as the Home Minister had made a decision on their appeal on  Aug 12.