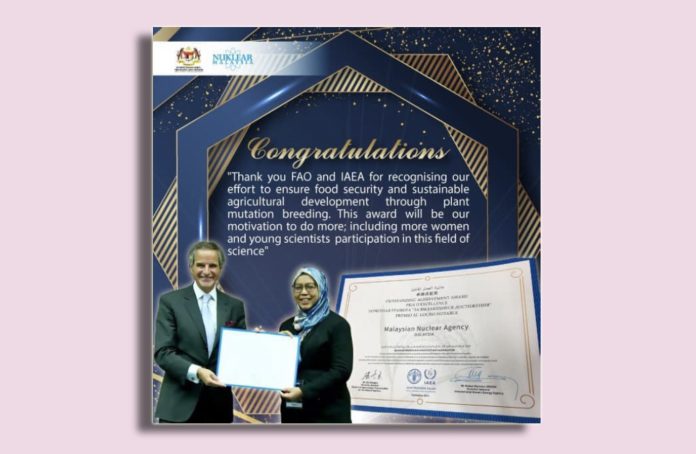 Nuklear Malaysia in a statement Tuesday said the agency was named as one of the recipients of the Outstanding Achievement Award in Plant Mutation Breeding during the 65th IAEA general conference held in Vienna, Austria on Monday.

The statement said Siti A’iasah in her speech after the award presentation thanked FAO and IAEA for recognising Nuklear Malaysia’s  effort in applying radiation mutation breeding to increase the nation’s food self sufficiency level and security.

She said Malaysia’s new breed of rice NMR 152 has significantly increased small farmer’s income by at least 40 per cent and some even by 100 per cent.