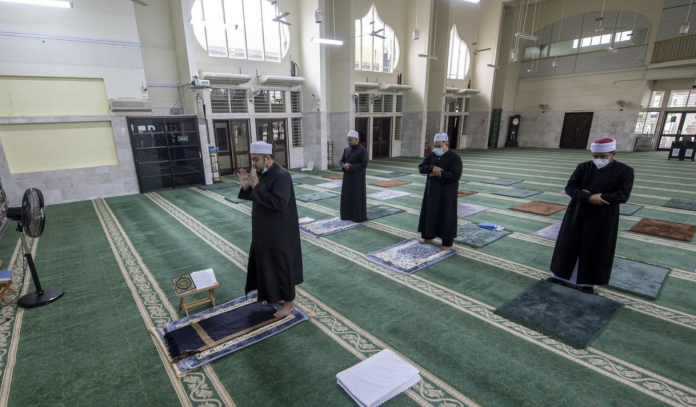 KEMAMAN, Sept 24  — The standard operating procedures (SOPs) at mosques and surau to curb the the spread of COVID-19  are constantly being improved through muzakarah sessions held during the Meeting of the National Muzakarah Committee for Religious Affairs Malaysia.

“So, if there is anything new, we will update based on the current situation but there are not much changes to the SOPs if the number of  COVID-19 infections is still high,” he told reporters after officiating a Food bank programme at the Kemaman taxi stand compound, here today.

He said this when asked on the approval to allow congregants, including those who have not been vaccinated, to perform the Friday and obligatory prayers at mosques and surau in Pahang, subject to the conditions set.

The Pahang Islamic Religious Affairs Department (JAIP) in a statement yesterday said, the SOP which came into effect last Wednesday, applies to all areas except those under the Enhanced Movement Control Order (EMCO), and the number of congregants allowed would depend on the mosque or surau capacity based on the physical distancing rule.

Ahmad Marzuk said it was up to the state religious authorities to adopt the move implemented in Pahang.

“According to the SOPs implemented at the Federal Territory level and approved by the Yang di-Pertuan Agong Al-Sultan Abdullah Ri’ayatuddin Al-Mustafa Billah Shah, (permission to pray) is only given to those fully vaccinated.

“We leave it to the other states to decide on the matter,” he said.