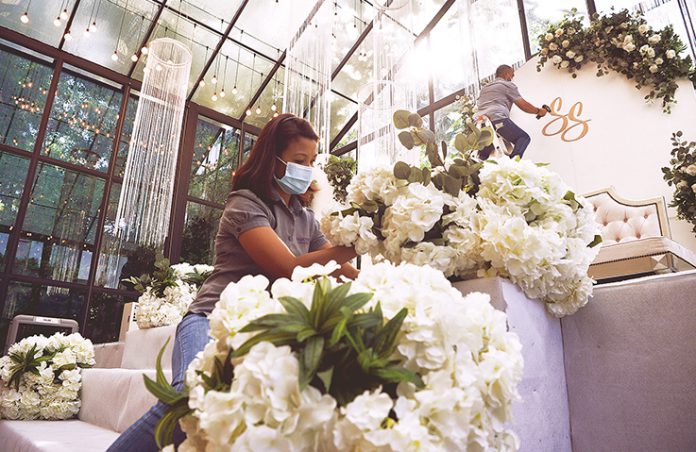 SEREMBAN, Sept 23 — The announcement that Negeri Sembilan will move into Phase Four of the National Recovery Plan (PPN) tomorrow, has been much awaited by all industry operators including wedding industry players and caterers which were badly affected following the implementation of the Movement Control Order (MCO) last year.

They also described it as ‘a light at the end of the tunnel’ after almost two years of suffering financially as a result of the closure, with some on the brink of bankruptcy as well.

Port Dickson bridal boutique owner, Suhana Mohd Rasip described the announcement as giving a new lease of life to the bridal industry following the MCO which disallowed any activities involving the public.

“Alhamdulillah, we are now relieved and can have an income again. We have paid shop rentals even though we are not operating. We usually earn more than RM20,000 a month but because of the MCO, we only get RM1,000 from small orders,” Suhana told Bernama.

Suhana admitted that she became desperate and was thinking of closing her boutique as the reopening of the industry was never in sight. However, she held on to her business and is now relieved she can reopen her boutique.

“I almost wanted to close shop because I didn’t see the ‘light’. In fact, many friends have closed their boutiques because they can’t afford the losses, but now that it’s open, I hope it will remain open so that we can survive,” said Suhana, who also went into the food business as a side income.

The managing director of a catering company, Mohd Adam S Warti said the approval to hold social events under Phase Four has given relief to those who have faced losses in the hundreds of thousands of ringgit as businesses were unable to operate.

He said they faced booking cancellations at the last minute apart from having to pay employee salaries, hall and office rentals even though they were not operating.

“Sometimes, we had to pay back (to customers) one hundred per cent. We understand customers also face the same difficulties. In fact, I have to find other alternatives to earn a living such as selling food in front of the hall to generate income.

“I also had to withdraw my savings to pay for operating costs. Indeed, we are looking forward to the announcement,” he said, adding that he also provided services in other states, including Selangor.

In the meantime, he also expressed gratitude for the many calls and catering bookings he received after the announcement that the state will move into Phase Four. There have been almost 10 bookings, so far, and the earliest one is for next Saturday.

Yesterday, Prime Minister Datuk Seri Ismail Sabri Yaakob announced that Negeri Sembilan will move to Phase Four of the PPN effective tomorrow, making it the first state in the peninsular to move to Phase Four. Meanwhile, Labuan is already in Phase Four.

He said the move was also an effort to encourage tourism and revive the state’s economy as well as enable the hotel industry to recover and operate as usual without having to bear the cost of losses.

“However, we want to open the tourism sector in a controlled manner as well as ensure that visitors maintain standard operating procedures (SOP) to prevent new clusters which will lead to the closure of the tourism sector again if cases increase,” he added.