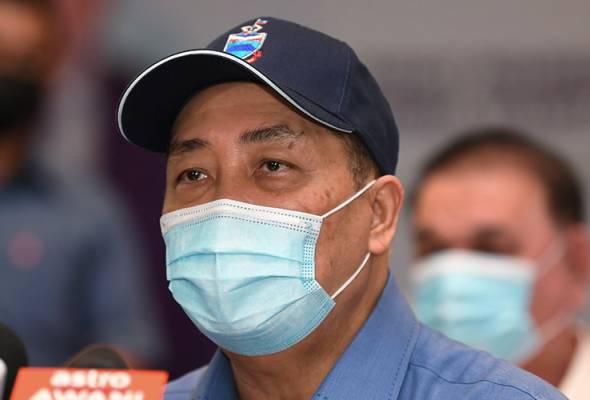 KOTA KINABALU, Sept 23 — Sabah Chief Minister Datuk Hajiji Noor has urged all parties, including the opposition, to set aside any differences and unite as the ‘Malaysian Family’ in an effort to develop Sabah and the well-being of the people of the state.

He said unity in the ‘Malaysian Family’ concept which transcends politics, religion, race and ethnicity has long been embodied by the people of Sabah, therefore it must be continued in the effort to mobilise energy to develop the Land Below the Wind.

“The Prime Minister’s (Datuk Seri Ismail Sabri Yaakob) concept on the ‘Malaysian Family’ is a strength for us in Sabah. In this regard, I call on all honourable state assemblymen to continue to display the values of the Malaysian Family that we have practised for so long.

“Let’s put aside our political differences and reduce politicking. Let’s focus on developing Sabah and the well-being of the people,” he said when wrapping up the debate on the motion of thanks to Sabah Yang Dipertua Negeri Tun Juhar Mahiruddin for his government policy speech at the Sabah State Assembly here today.

Hajiji, who is also Sabah Finance Minister, said as a commitment to the ‘Malaysian Family’ concept, the state government would channel a one-off ‘Sentuhan Kasih’ assistance to all 73 Sabah State Assembly constituencies with an allocation of RM7.3 million.

“I hope this allocation will be able to help all elected representatives and local leaders to help those in need. This is in addition to the various types of assistance that have been and are being channelled by the state and federal governments,” he said.

He said in reviving the economy affected by COVID-19, all elected representatives and local leaders should take on the role of ‘economic leaders’ to generate the local economy at the grassroots level.

“The previous approach of waiting for economic programmes or activities to be mobilised by the government is no longer relevant today. The transformation of the local economy must be activated by the community under the guidance of the respective state assemblymen,” he said.

Meanwhile, Deputy Chief Minister Datuk Seri Bung Moktar Radin when winding up his debate said that 15 of 35 packages under Phase One of the Pan Borneo Highway project were currently in the construction stage.

“For the ongoing packages, they are on track and in the construction process. The Sabah Public Works Department is constantly monitoring and reminding contractors to maintain the existing roads, which are still used by the community.

“Only one package has been approved for this year, and the remaining 19 packages are still awaiting further allocation approvals from the federal government,” he said, adding that the three-phase construction project involved a 1,236 km-long highway at a cost of RM40.2 billion.

Meanwhile, Sabah Local Government and Housing Minister Datuk Masidi Manjun, who is also the state’s spokesperson on COVID-19 said the state government planned to reinstate permission to move in designated district zones as implemented previously after the COVID-19 vaccination rate reached 60 per cent.

He said the state government was also planning to allow inter-district travel throughout the state in stages, when the vaccination rate hit 70 per cent.

“When we reach 90 per cent, which is expected by the end of October, we will allow inter-state travel, however we will do all this in stages and based on the situation at the time,” he added.

The motion was then passed by a majority vote before Sabah State Assembly Speaker Datuk Kadzim M Yahya adjourned the sitting to a date to be announced later date.

Muhyiddin says would have already called for GE15 ‘yesterday’ if not...