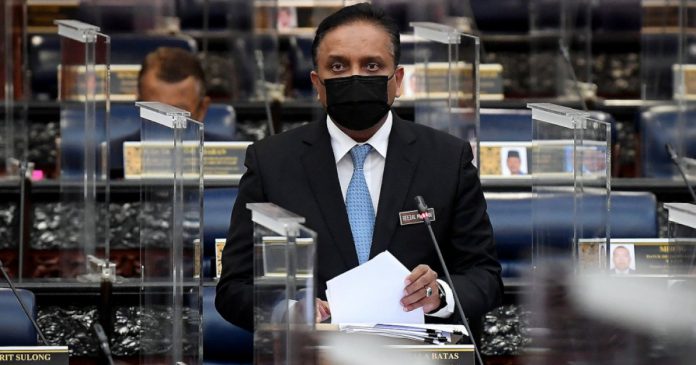 He said as the custodian of local housing matters, KPKT would always ensure that the housing agenda for the people is prioritised in every strategic direction planning of the country, including the annual Budget and five-year national development plans.

“The housing agenda is a core and primary issue involving the pulse of every Malaysian, every Malaysian Family,” he said at the launch of the “Rumah Ikram Keluarga Malaysia” scheme at KPKT here today.

Prime Minister Datuk Seri Ismail Sabri Yaakob officiated at the launch, which was followed by the handing over of keys to the first group of 100 recipients of Rumah Ikram Keluarga Malaysia in person and online.

Under the Rumah Ikram Keluarga Malaysia initiative, existing PPR units are reserved for Malysians affected by the COVID-19 pandemic, at a minimum monthly rent of RM124 for up to two years.

For a start, 1,000 PPR units under the supervision and management of KPKT in Kuala Lumpur, Selangor, Kedah, Kelantan and Johor have been set aside for the Rumah Ikram Keluarga Malaysia initiative.

Reezal Merican said the initiative would provide a kind of cushion to those affected by the impact of COVID-19, which hit the country’s shores early last year.

KPKT would propose to the state authorities to implement a similar initiative in their own states, he added.

“We have received so many applications and calls enquiring about this initiative,” he said, adding that this initiative would drive the ministry in its efforts to help the affected people.

He said the government also allocated RM125 million for the maintenance of low-cost and low-medium-cost strata housing units and as aid for repairing dilapidated units or houses damaged in natural disasters.

In expressing his appreciation to Ismail Sabri, he said the ministry was making efforts to set a better benchmark for the aspiration of the Malaysian Family through the Liveable Malaysia agenda, especially in PPR areas.

“We (KPKT) want PPR schemes to not only provide quality accommodation but also give ease of mind to occupants, apart from being equipped with basic infrastructure and internet access in a green and uplifting environment,” he added.