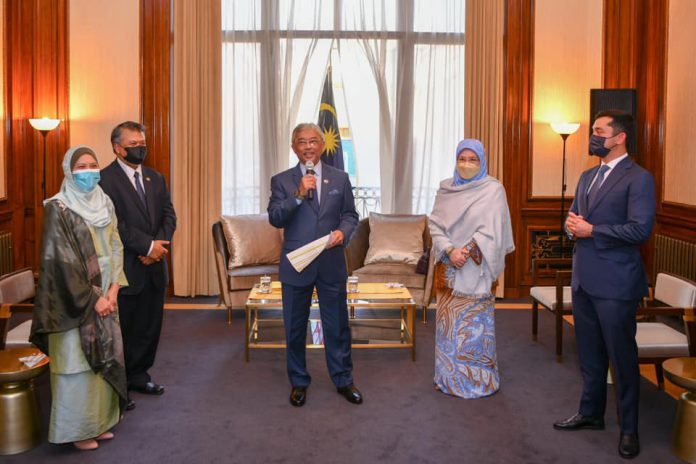 During the two-hour visit, Their Majesties, who are on a 10-day special visit to the United Kingdom, were given a briefing by Zakri.

“Their Majesties also spent time meeting with the Malaysian community in London during a tea reception,” said Istana Negara in a statement on its official Facebook account today.

During the special visit, Al-Sultan Abdullah is also scheduled to attend the Sandhurst Reunion Dinner at the Royal Military Academy Sandhurst, where His Majesty studied between 1978 and 1979.

Carter had also attended the Royal Military Academy Sandhurst before.

The special visit is His Majesty’s second to the United Kingdom since he became the Yang di-Pertuan Agong, with the first being a seven-day trip starting from Dec 9, 2019.

No conflict of interest if Azalina chairs parliamentary sittings – Azhar