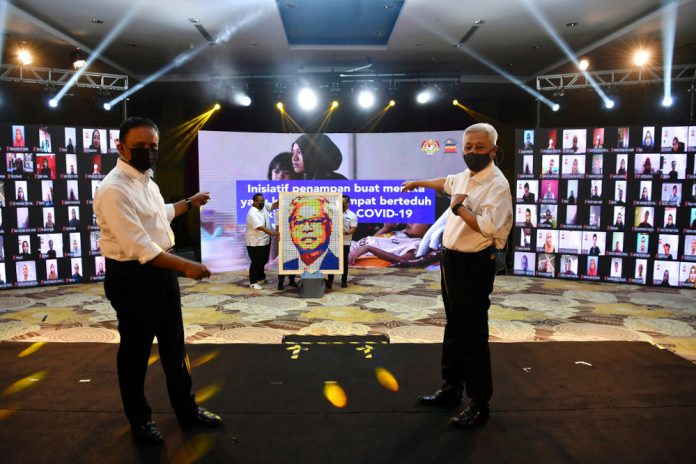 When launching the Malaysian Family Housing Initiative known as “Rumah Ikram Keluarga Malaysia” here, Ismail Sabri also announced that the number of units under the project had been doubled to 2,000 from the initial 1,000, enabling it to benefit some 10,000 needy occupants.

Rumah Ikram Keluarga Malaysia is being made available in PPR areas in Kuala Lumpur, Selangor, Kedah, Kelantan and Johor at a minimum monthly rent of RM124 for a maximum two-year period.

Rumah Ikram Keluarga Malaysia will provide shelter to groups who have lost their sources of income or whose incomes have been affected by the COVID-19 pandemic to the extent of being unable to pay high rentals for houses.

To ease the stress and burden on recipients of Rumah Ikram Keluarga Malaysia, Ismail Sabri said they would enjoy rental exemption of up to six months beginning from the date of handing over of keys for their units.

“This rental waiver will be borne by the government, involving an allocation of more than RM3 million,” he added.

Ismail Sabri also announced that the programme on moratorium on rental payments for existing PPR occupants under the supervision and management of the Housing and Local Government Ministry (KPKT) will be extended until the end of 2022.

This would benefit about 10,000 households or 50,000 occupants of PPR, involving a financial implication of RM18.84 million for the government, he said.

“These are part of our efforts and initiatives for the Malaysian Family who need assistance,” he said.

Ismail Sabri said the housing agenda would continue to be the main focus of the government, especially in the provision of affordable housing for the Malaysian Family.

Affordable housing programmes such as PPR, PR1MA Housing and Malaysian Civil Servants’ Housing (PPAM) would continue to be strengthened and improved to ensure that the people would have a roof over their heads, he said.

He said KPKT would undertake more strategic planning and implementation of housing programmes so that these units could be built in a short period and yet remain affordable to Malaysians.

He said vulnerable groups, youths and the younger generation wishing to have comfortable and quality housing would also be helped in line with the Liveable Malaysia agenda, the details of which would be announced during the tabling of the 12th Malaysia Plan and Budget 2022.

EPF dividend should have been at 6.7 pct if no withdrawals...