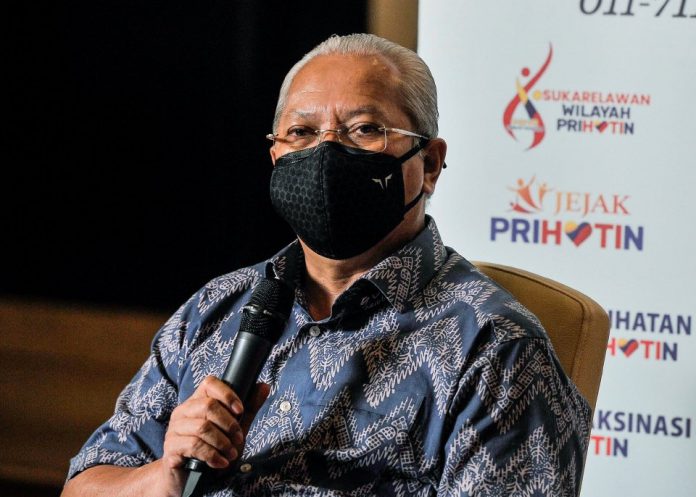 KUALA LUMPUR, Sept 26  – All parties, including social media influencers, must help ensure delivery of accurate information on the implementation of the National Recovery Plan (PPN) during the country’s transition to the endemic phase of COVID-19, said Communications and Multimedia Minister Tan Sri Annuar Musa.

He said influential people are responsible for educating the public by presenting information with an accurate narrative on government initiatives in PPN.

“Educating the public on the endemic phase is important because sometimes people still do not understand … we must convey in a simple way in communicating.

“Dissemination of information can also be done by influencers who have many followers, if he (or she) also takes on the role to remind the people about the transition to the endemic  phase as community empowerment,” he said.

He said this when appearing as a guest on the “Optical Segment: National Recovery Plan””through the “Selamat Pagi Malaysia” (Good Morning Malaysia) programme broadcast by RTM today.

Apart from the use of conventional media such as television and radio, Annuar said dissemination mediums including social media platforms such as TikTok and Facebook could be used to disseminate information effectively, thus educating the public about the transition to the endemic phase.

Therefore, he said the ministries, government agencies and committees involved need to improve the aspect of information delivery to ensure its effectiveness to the public by holding continuous engagement.

On Sept 22, Annuar informed the Dewan Rakyat of a proposal to set up a communications command  centre in an effort to convey information on decisions by the government to the public more accurately, quickly and easily understood.

He said the proposal was made following the challenges faced in the implementation of government programmes which were found to be due to misinformation and false information.

More mega PPVs will be opened for COVID-19 vaccination – Khairy

COVID: No cases of Omicron XE in Malaysia so far –...