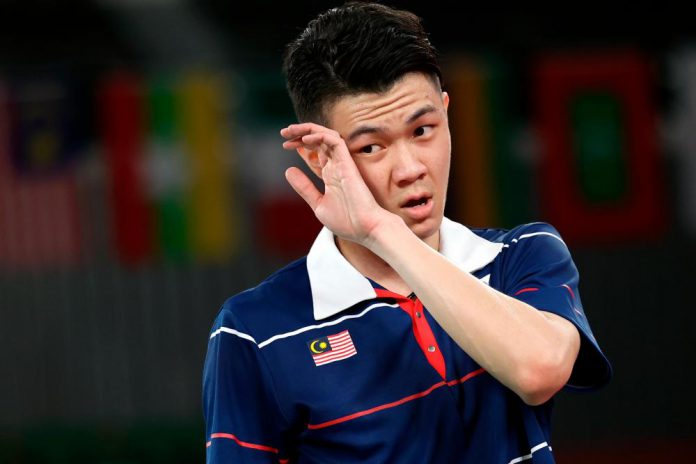 KUALA LUMPUR, Sept 26  — The pressure is on and the young Malaysian shuttlers are already feeling the heat as the mixed team Sudirman Cup tournament officially begins in Vantaa, Finland today.

National team skipper Lee Zii Jia, while admitting this, said that his teammates, who will be playing in the tournament for the first time, had no choice but to accept the challenge to shoulder the responsibilities entrusted to them for the sake of the country.

“The pressure will definitely be there, we have no choice but to accept this challenge. I feel that my teammates will be okay. Everyone is really enjoying the moment and the atmosphere in the squad is also very good. So, I don’t think it (the pressure) will not be a big problem for all of us,” he said via a video clip.

Malaysia, who have been drawn in Group D, will begin their campaign against England at the Energia Areena at 3 pm tomorrow (Malaysian time), followed by Egypt on Tuesday (Sept 28) and runners-up Japan on Thursday (Sept 30).

Malaysia will be banking on the youngsters in the Sudirman Cup as the average age of the team will be 22, with mixed doubles player Cheah Yee See the oldest at 26.

Reigning All England champion Zii Jia, 23, who had competed in the 2017 and 2019 editions of the Sudirman Cup, said he did not want to make his teammates more stressed and confused by giving them a lot of advice and would instead leave it to the coaches and officials to handle the responsibility.

“What is important is (knowing) yourself, whether or not you can handle the pressure. This is what I had to go through, especially two years ago when I was fielded as the men’s first singles (following Datuk Lee Chong Wei’s retirement.

“At that time, I was very stressed, but once I managed to handle the pressure, I felt at ease. No need to talk (give advice) a lot, they will become mature and handle the stress in their own way,” he said.

Commenting on his own preparation, he said he had yet to assess his actual condition as he has not taken part in any competitive meets since the Tokyo Olympics two months ago but vowed that he would give his best.

Meanwhile, everything was running smoothly for the national squad in Vantaa, with the shuttlers being allowed to train twice a day, although there was an exception in terms of food as they are not allowed to leave the tournament bubble.

Malaysia’s best achievement in the Sudirman Cup was making the semi-finals in the 2009 edition in Guangzhou, China. In the 2019 edition in Nanning, China, the national team crashed out in the quarter-finals.