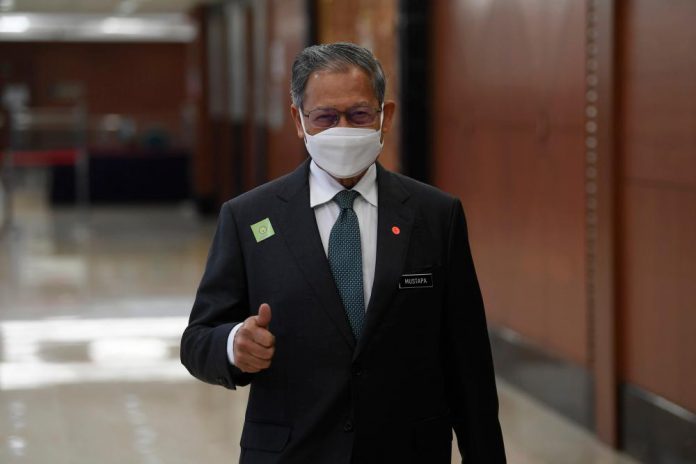 Speaking to reporters after the tabling of the 12MP at Parliament today, he said under the 11MP, a total of RM260 billion was allocated and about RM248 billion was spent.

“In terms of allocation, it is very high. Most of it will be used for extension projects. We have included several matters in the development, including helping to revive the Federal Land Development Authority (Felda) and the Lembaga Tabung Haji.

“So, part of the RM400 billion allocation is to resolve issues faced by several government agencies,” he said.

He said Felda would issue RM9.9 billion unused sukuk in the near future to settle its debts and the acquisition of FGV Holdings Bhd shares.

“The cost of hibah for the sukuk will be paid by Felda and the principal repayment will be settled by the government,” he said.

He said at least RM2 billion of the sukuk has been redeemed.

“Felda has succeeded but we feel that with the huge investment by the government to develop Felda, it needs to achieve even greater success.

“We are of the opinion that there needs to be a new method to develop Felda because it still has undeveloped areas, land and commercial lots. We want to see Felda being transformed to become an example,” he said.

Mustapa said the government would also hold meetings with all secretary generals at every ministry within two weeks to emphasise the 12MP implementation.

He said the 12MP that was drafted by the Economic Planning Unit (EPU) is the most difficult plan in history because it has been postponed four times due to the COVID-19 pandemic that hit the nation.

“Every chapter of the 12MP tabled by the prime minister today needs a lot of action. These include institutionalising civil society organisations (CSO), the Felda recovery plan and eradicating hardcore poverty.

“The EPU will determine who (the ministry) will implement each of the pre-determined plans,” he said.

On the public-private partnership (PPP) 3.0 approach, he said the new model is expected to restart funding for certain government projects to reduce the government’s financial burden.

“In the middle of next year, the government will announce infrastructure projects that will be implemented through this new method through a request for proposal, a very transparent open process, or bids from the private sector,” he said.

He added that the five-year plan would also emphasise green economy sustainability to achieve prosperous, inclusive and sustainable goals.

NO COMPROMISE FOR COPS INVOLVED IN CRIME – HUZIR