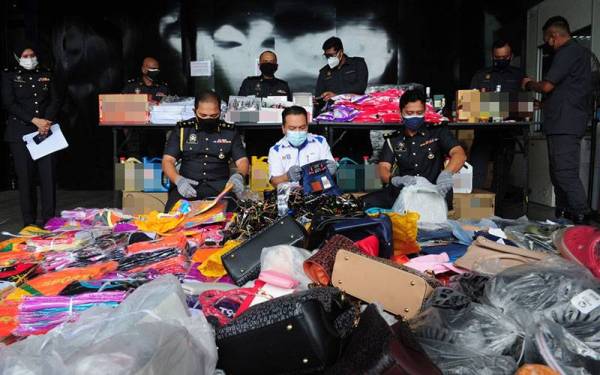 Selangor KPDNHEP director Muhamad Zikril Azan Abdullah said the items were disposed of at its exhibit storage premises in the Bukit Raja Industrial Centre in Section 7, under the Premier Exhibit Disposal Programme because it involved case items worth millions of ringgit.

Muhammad Zikril said these exhibits had been collected since 2019, involving 33 cases of seizure in the state.

“All the cases concerned have gone through the court process and permission has been obtained from the court or other relevant authorities for the disposal.

“The items were from cases involving violations of the Control of Supplies Act 1961, Trade Descriptions Act 2011, Copyright Act 1987 and Trademarks Act 2019,” he told a press conference after the disposal programme.

“We will not compromise and will take appropriate legal action against anyone who violates the law, especially under the protection of intellectual property and involving subsidised goods,” he said.