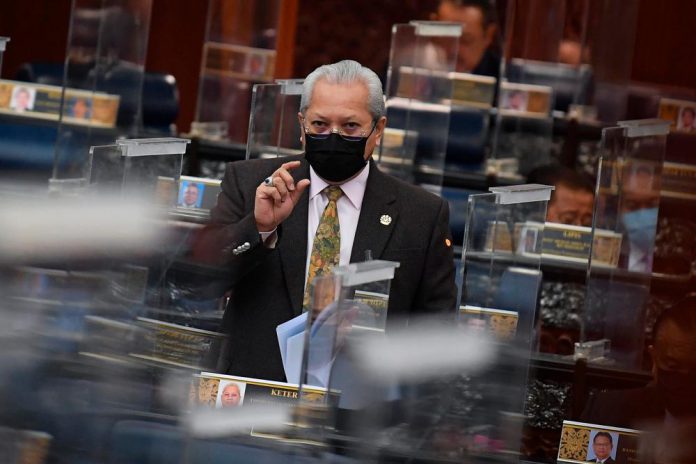 PUTRAJAYA, Sept 28 — Internet access as a human right will be the main driver of the Ministry of Communications and Multimedia (KKMM) in ensuring that no community is left behind in efforts to make the 12th Malaysia Plan (12MP) a success, said its Minister Tan Sri Annuar Musa.

He said the KKMM was committed under the 12MP to pay attention to improving digital connectivity and spurring digital economy as well as giving added value and benefits to the Malaysian Family.

Annuar, in a statement today, said the KKMM would cooperate with all stakeholders from various industries to ensure no community was left behind in the digitalisation of the country under the 12MP.

“I have met various stakeholders in the telecommunications industry, including from the private sector, to ensure the digitalisation initiative under the 12MP adopted the whole-of-nation approach,” he said.

Prime Minister Datuk Seri Ismail Sabri Yaakob, during the tabling of the 12MP at the Dewan Rakyat yesterday, said the government would improve digital infrastructure and services to bridge the digital divide, especially between rural and urban areas, considering how digital technology had greatly shaped the lives of the people.

KKMM leads the Digital and Data Infrastructure Cluster, which is one of the six clusters formed under the National Digital Economy Blueprint (MyDIGITAL) and the National 4IR (National Fourth Industrial Revolution) Policy, to speed up the national digital economy and 4IR development ecosystem.

Annuar said the KKMM always monitored and ensured the implementation of the digitalisation initiative under the Digital and Data Infrastructure Cluster was done according to the set phases until 2025 or expedited, and cooperated with various relevant parties as the digitalisation was a cross-ministry and cross-agency initiative.

He said that through the National Digital Network (JENDELA), 94 per cent of the populated areas had 4G coverage as of August 2021, while the 5G technology network would be launched at the end of this year.

Annuar said all digitalisation initiatives would support the target of getting the digital economy to contribute 25.5 per cent to the country’s Gross Domestic Product (GDP) in 2025.

To ensure the digital economy opportunity is expanded until the grass roots level, its development will be jointly developed at various points, such as the Community Internet Centre that will be transformed into the Malaysian Family Digital Centre nationwide, he said.

The KKMM, he added, would also focus on efforts to strengthen the creative industry’s ecosystem as one of the strategic and high-impact industries, which has a huge potential to contribute to the country’s economic growth.

The creative industry targets to contribute RM31.9 billion to the country’s GDP by 2025, he said.

Paxlovid antiviral to be extended to private hospitals, clinics and teaching...