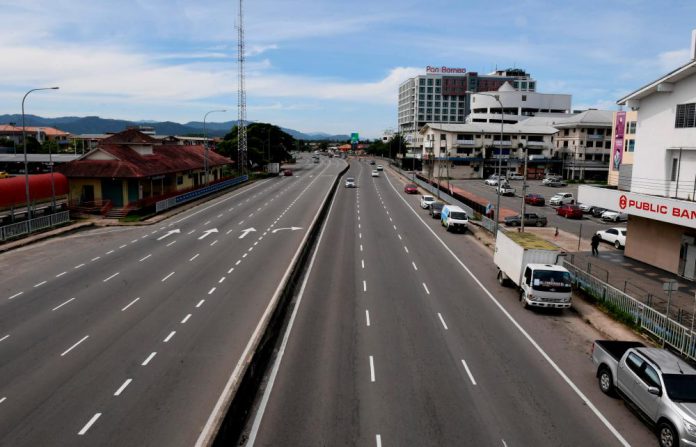 KOTA KINABALU, Sept 30 — The government needs to outline specific goals and strategies to free Sabah from being one of the states with the lowest and slowest economic growth and highest poverty level in the country through the 12th Malaysia Plan (12MP).

A senior lecturer at the Faculty of Management and Business,  Universiti Teknologi Mara (UiTM) Sabah,  Dr Jain Yassin said a more strategic approach was important to take full advantage of the initiatives given to Sabah under  the 12MP and to ensure its implementation had a significant impact on the state.

Jain said he was optimistic of Sabah being freed from the label of being the poorest state under the 12MP, but expressed the  need for specific strategies from Sabah’s perspective to be given priority to support the state’s socio -economic growth.

“Sabah’s status as the poorest state has been around for more than five years. Therefore, this issue should be given special attention and placed as the main goal (in the 12MP) so that the objectives set are achieved comprehensively and not repeated in the next Malaysia Plan,” he told Bernama.

Jain, who is actively involved in localising the Sustainable Development Goals (SDGs) under the All-Party Parliamentary Group Malaysia (APPGM), said Sabah was different from other states.

He said poverty issue in Sabah was too complex and requiring a more comprehensive approach by area and needs of each district.

“Although there is economic growth, but it is slow and not comprehensive, causing Sabah to still lag behind in various aspects of infrastructure and communication, especially the rural areas, apart from development done selectively based on geographical conditions and terrain of a district,” he added.

He said the ability of the 12MP to free Sabah from being the state with the lowest economic growth and highest poverty rate would depend on the implementation and distribution of the 2022-2025 Budget, which should be based on geographical factors and size of the state.

Jain provided several proposals to improve the living standards of the Sabah people under the 12MP, including empowering community organisations as a task force to motivate residents to participate in economic activities, rather than just providing funds or annual courses.

He said the effort to achieve the objectives of the 12MP should also involve non -governmental organisations in the rural and remote areas; strengthening the bi-partisan concept of cooperation and  emphasising innovation in traditional sectors such as agriculture and fisheries.

“Urban poverty in Sabah must also be taken into account, including high cost of living, house price and population increase,” he added.

He said the state government should also outline a micro approach in implementing the 12MP so that efforts to eradicate poverty and increase economic growth could be realised.

Jain’s views is shared by Herniza Roxanne Marcus, also a lecturer at the Sabah UiTM’s Faculty of Management and Business (Economics),  who believed that the 12MP will be a catalyst for the state’s development and in line with the direction of the Sabah Maju Jaya Development Plan 2021-2025.

She said the federal government is also committed to resolving issues regarding the claims by Sabah and Sarawak based on the 1963 Malaysia Agreement, as well as continuing to develop basic infrastructure; gas and electricity regulation; digitization and security; upgrading rural paved roads and completing the Pan Borneo Highway.

She said if all the 12MP plans went according to schedule, it would not only be able to develop Sabah’s economy, but also strengthen relationship at the borders such as Kalimantan and this would facilitate economic activities, thus contributing to the increase in state revenue.

Apart from bridging the development gap between the urban and rural areas and reducing poverty, Sabah’s economic growth is also expected to increase by 6.5 percent if the implementation of the 12MP goes smoothly, she added.

Pray for me to bring home keirin gold, Malaysia – Azizulhasni