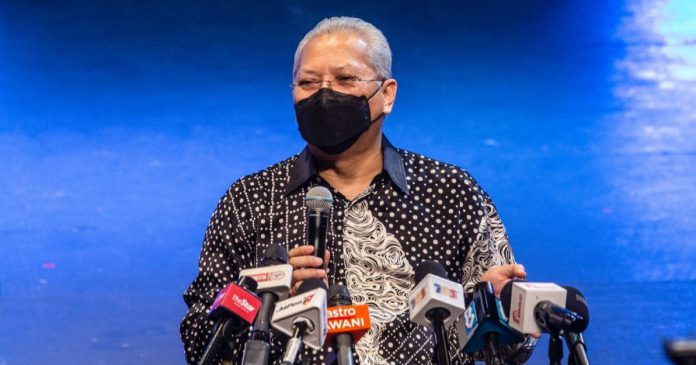 Minister of Communications and Multimedia Tan Sri Annuar Musa said the Act has existed for more than 20 years, thus proving that it was high time for MCMC to have a force of law suitable for the current situation.

He said the review was also vital if the country wished to restore consumers and investors’ confidence in the country’s cyber security level even though the International Telecommunication Union (ITU) had ranked Malaysia fifth in the current aspect of cyber security.

“If we want to make Malaysia a digital centre among ASEAN member countries or a digital hub for ASEAN nation, we must develop confidence among the users, as well as investors.

“… and one the most important aspect in order to have that confidence is cyber security,” he told reporters after the launch of the Art In The City 2021 at Kuala Lumpur Performing Arts Centre (KLPAC) today.

Annuar said this when asked whether the government could manage its own data agency rather than using a third-party service, to avoid data leak issues.

This followed the alleged data leak involving several government agencies including the National Registration Department and the Inland Revenue Board recently.

Annuar said if the allegation was true, it should serve as a wake-up call for Malaysia to further improve its cyber security aspects.

“In this case, an in-depth investigation should be carried out, including cyber forensics, to understand the real situation. Besides, cyber security is part of the responsibilities of the Ministry of Communications and Multimedia and the MCMC,” he said.

Meanwhile, Annuar expressed hope that the Federal Territories Ministry will be able to work closely with the agencies under his ministry such as the Cultural Economy Development Agency (CENDANA) to give a facelift to the country’s capital of Kuala Lumpur.

The minister said this includes making the proposed arts zone or arts village to give Kuala Lumpur a ‘soul’ or artistic value to attract more people and tourists.

“A city will turn into a liveable city when given some artistic and cultural values.

“Kuala Lumpur is not New York, Tokyo or London. Kuala Lumpur is Kuala Lumpur, so it needs a ‘soul’ and artistic value, but to make it happen, we need to work closely together with various quarters,” he added.

After Langkawi, Genting Highlands, Pulau Tioman and Melaka to open to...